I can’t help but view the Occupy movement through the eyes of a Public Health major.  The media focuses almost exclusively on the myriad of goals and opinions promoted by the movement and on the actions taken by protestors in cities around the country.  Though I find this interesting, I find most of my attention captured by the Public Health efforts taken by the movement.

With such a large scale movement, incorporating both marching and camping out, what actions can the government or private organizations take to protect public health during these times?  What actions are necessary, during times of protest, to promote public safety and health?

Though a seemingly innocent and procedural, the question of how to promote public health and safety with the Occupy movement is particularly contentious because this debate has been used, traditionally, to limit the scope of actions protected by the First Amendment.  Nevertheless, taking actions to protect public health is important and should not be cast aside simply because it is politically uncomfortable. 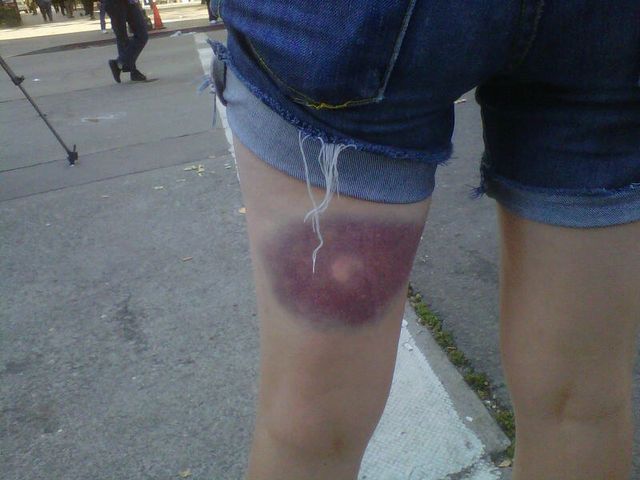 As the movement heats up across the country, encampments are finding a need for first aid stations.  Oakland demonstrates the evolution of this need very well: what started out as a small and nonviolent demonstration has now both expanded and experienced police brutality during the past few weeks.  The media has reported many cases of protestors being shot with rubber bullets, attacked with tear gas and pushed around by police.  In addition to physical confrontations with police, there is serious risk of injury during marches and during police raids of the camps.  Protestors can trip and get trampled by crowds, they can hurt their ankles while running etc. etc.. The media seems to exclusively report negative and unethical examples of police action; however,  there are proven risks associated with large groups of demonstrators camping out in the streets. 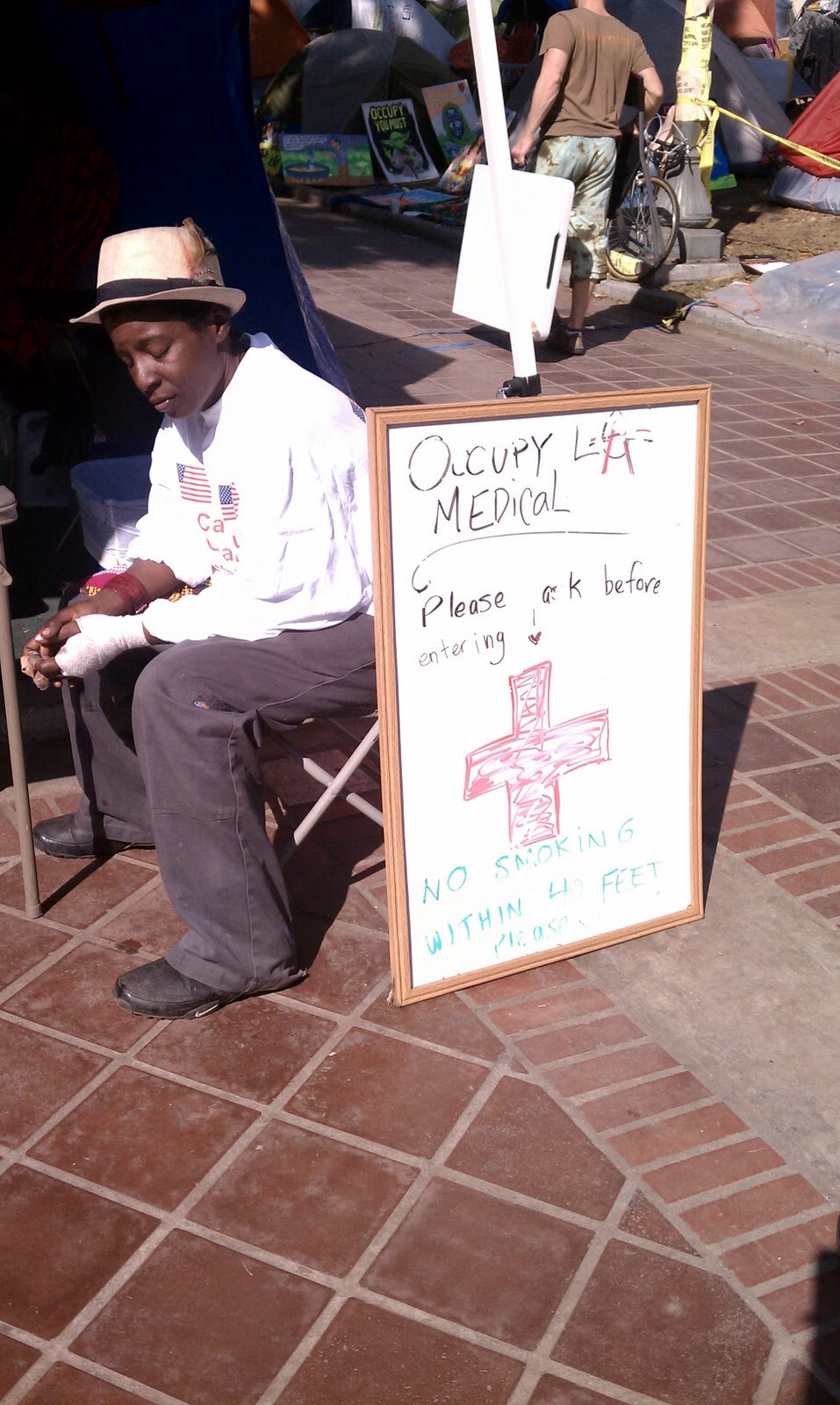 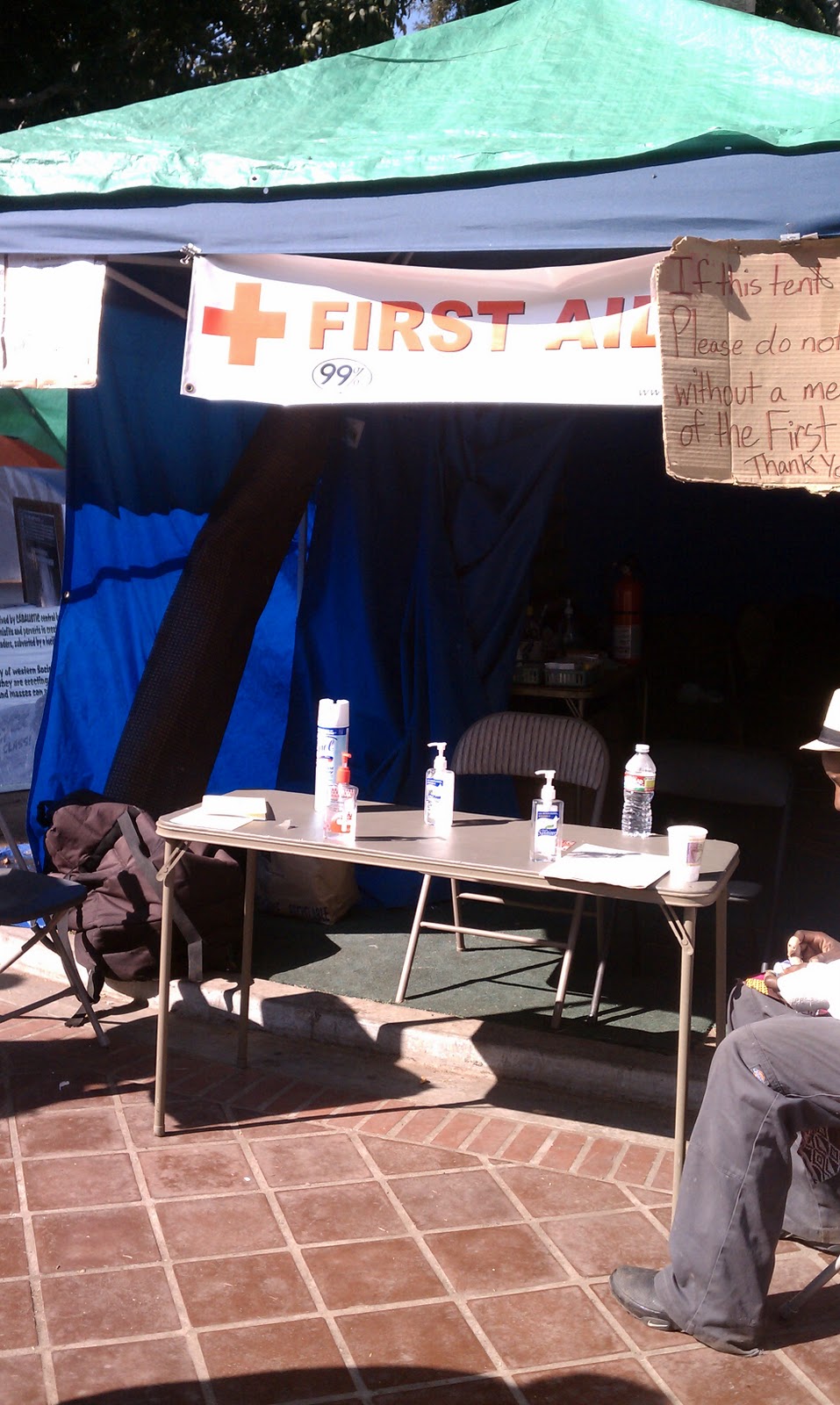 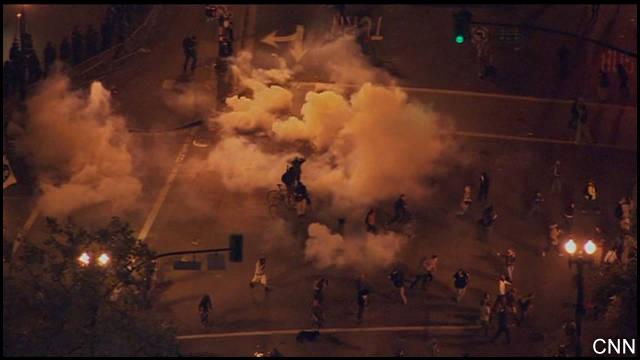 Tents do not come with plumbing.  Though this may seem painfully obvious, think about the implications.  Tent-towns are forming and growing across the nation, mostly concentrated in large cities.  There are protestors who have been living in tents for weeks and weeks. Occupy LA realized this conundrum quickly and provided the tent-town with rows and rows of portable toilets. Without this service provided by the government what would the demonstrators do? I will leave that for the reader to consider.

In addition to the problems associated with a lack of restrooms, there is a problem when it comes to waste disposal.  While visiting Occupy LA, I noticed a significant amount of trash, both nonorganic and organic, decaying or piling up on the sidewalk, outside of tents and next to food-preparation stations (tables, stove tops, grills etc).  The lack of proper waste disposal puts the environment at risk, makes healthy food consumption and preparation in the encampments unlikely and burdens government clean-up crews…workers…the 99% that the movement claims to protect. 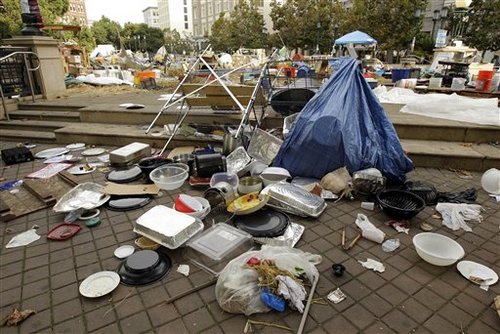 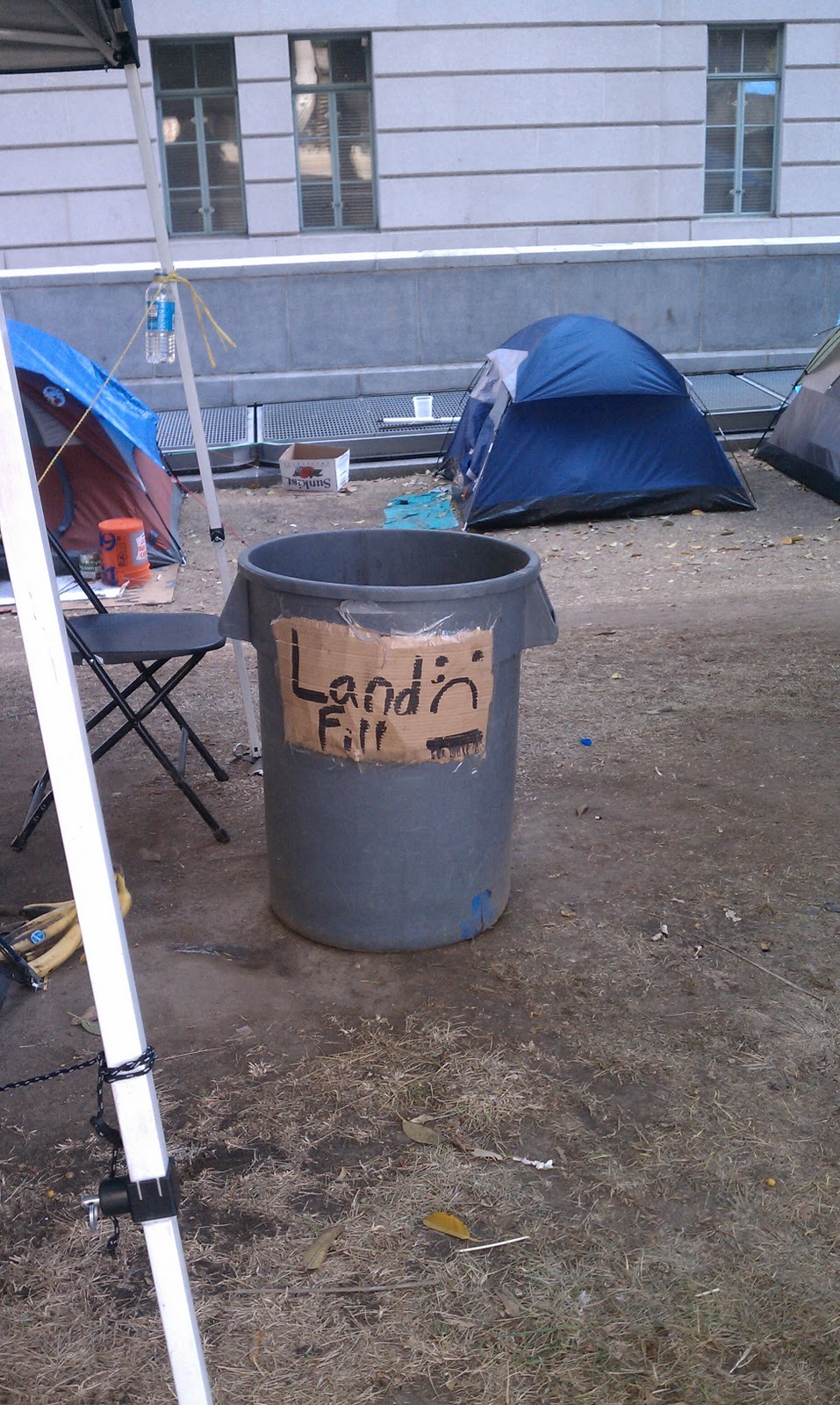 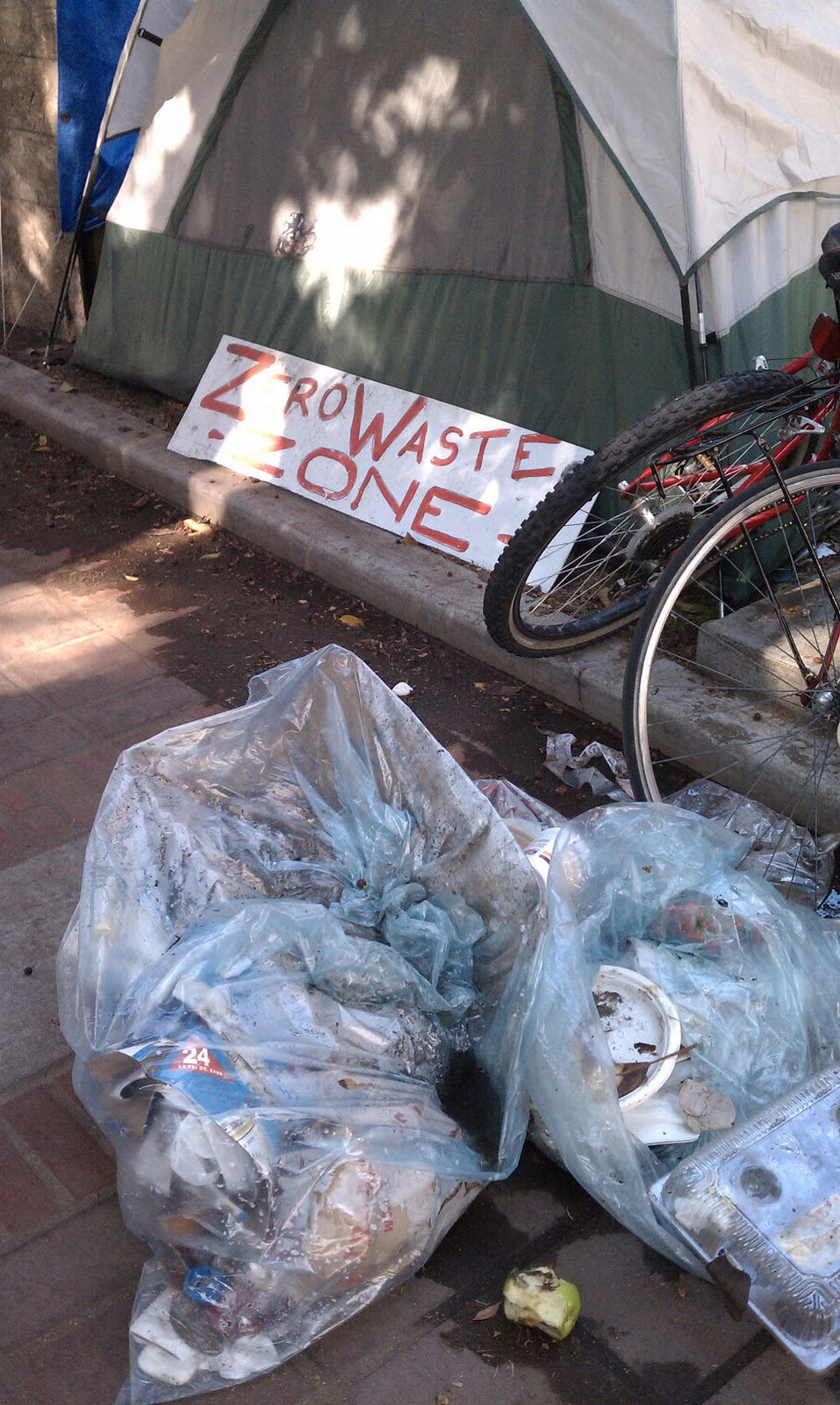 
The permutation of efforts by Occupy and by the government are slowly addressing the health and safety needs of the people.  The Medic Tents are capable of treating minor injuries, the portable toilets provided by the government represent an invaluable service and, despite their flaws, the constant police surveillance means that if a significant injury were to occur, help could be on the way rapidly.

About the Author: Cecilia Bonaduce studies Public Health with a concentration in infectious disease at UC Berkeley. As Chief Blog Editor of PHA Blog, she enjoys contributing articles in addition to her duties as Editor. Cecilia plans to take a year off to work in the public health field before applying to medical school. Additional interests include cooking, singing and Cal Boxing Club.