What is supposed to be a prescription drug for individuals with attention deficit hyperactive disorder (ADHD) is now being touted as the miracle that college students have been looking for. Adderall – it’s the small capsule that’s making big news across the nation as finals approach.

For non-ADHD students who are using Adderall, the common effect seems to be prolonged periods of concentration. Superficially, it seems like a win-win. Students are cranking out those papers and don’t seem to experience any side effects — sounds too good to be true. Let’s get real. The moment an individual without ADHD ingests an Adderall capsule, the chemistry of the brain is being manipulated. The amygdala, the regulating sector of your emotions, can be altered leading to heightened aggression, depression, and generally feelings of being on edge.

It is becoming more apparent to public health officials that Adderall abuse is now a social norm. No longer is there a taboo of discussing illicit usage in public. Walking around campus, you can hear conversations of extraordinary late-night cramming sessions thanks to Adderall. The risks are forgotten or unconcerned as the usage of this drug becomes standard among the college population.

In the spirit of finals week, here is a brief, informative Adderall study guide:

1.)Adderall is a mixture of different ingredients, one being amphetamine salts. Another amphetamine drug? Speed.

2.)It’s listed as a Schedule II drug by the FDA, meaning it has a high potential for abuse and said abuse can lead to severe dependence.

The academic pressure is high here in Berkeley. We are prompted to evolve into the leaders of tomorrow, innovators, and cancer-curers. With academic pressure and competition high, it is understandable why so many students succumb to using illicit resources to aid our studies. However, It is important to look at our experience here at Cal, or any university and college, with perspective. Do not gamble away your mental and physical well-being just for an A on that exam. 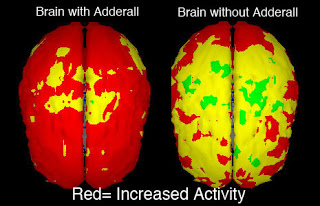 Tagged with: college health and safety