Antibiotics, also known as antibacterials, are types of medications that are used to treat infections by killing or inhibiting the growth of bacteria. For the most part, our immune system is highly competent of destroying the bacteria and naturally fighting off the infection on its own. However in some cases, when there is all too much, then there is a need for the use of antibiotics.

Although antibiotics play a fundamental role in treating infections, it must be used correctly and appropriately. Over the past decades, the widespread use of antibiotics has posed a threat to the health and safety of the community. Antimicrobial resistance (AMR) is the resistance of a microorganism to an antimicrobial medicine to which it was previously sensitive. Every now and then, people become sick with a sore throat, cold, fever, or a cough. They typically purchase some OTC (over the counter) medications from the Pharmacy in hopes of a speedy and successful treatment. When OTC medications fail, patients ultimately believe they need antibiotics. Many patients pressure their doctors to write prescriptions for antibiotics when the reality is, the patient do not have an infection but a virus. For example, a disease caused by bacteria is strep throat and an ailment caused by a virus is the flu. In fact, most infections present in the upper respiratory tract are generally caused by viruses. As mentioned, antibiotics target only microorganisms such as bacteria, fungi and parasites, but are ineffective against viruses. If given antibiotics to treat a virus, it is not only futile but can also be detrimental such that when an infection arises in the future, our body will not respond as effectively due to AMR. Once these infections become acquired, there are only a handful of last-line antibiotics capable of undertaking these superbugs, increasing the chances of death. Better yet, let it alone for the immune system to combat these viruses.

Bacteria, unlike humans, evolve and replicate themselves exponentially in their lysogenic cycle to produce the millions that dwell inside our bodies. These bacteria and other microbes that cause infections are remarkably resilient and have developed ways to resist antibiotics and other antibacterial drugs. Antibiotic overuse is one of the factors that have contributed towards the growing number of bacterial infections, which are becoming resistant to antibacterial medications. According to the ECDC (European Centre for Disease Prevention and Control), antibiotic resistance continues to be an increasing public health threat worldwide. In a statement issued in 2012, the ECDC reported that an estimated 25,000 people die each year in the European Union from antibiotic-resistant bacterial infections. In addition to the misuse of antibiotics, antibiotic-resistant bacterial infections can also be caused by a patient’s incompletion of the medication course used to prevent the infection from coming back. If a course is not completed, there is a higher risk the bacteria may become resistant to future treatments- because the ones that survive have had exposure to the antibiotic and may therefore have built up a resistance to it.

A solution to this public health concern is to better educate our patients and more importantly our health care professionals regarding the use of antibiotics. Rather than succumbing to the use of antibiotics, health care professionals should act logically and prescribe medications in interest of the long-term care for the patient. In recent years, programs such as the Antimicrobial Stewardship was created to slow the spread of antimicrobial resistance. The program aims to make rational approaches to the use of antimicrobial agents in order to accomplish optimal success. Actions must be taken now to prevent antibiotic resistance from proliferating. As bacteria become resistant to antibiotics, it is possible for previously treated infections to resurface and become ever more so lethal. 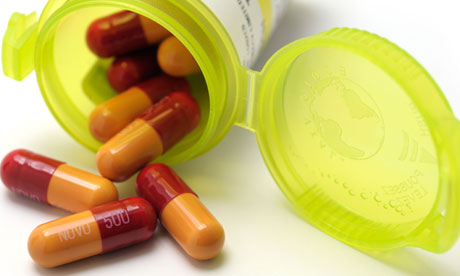 About the Author: Vincent is a 3rd year intended molecular toxicology major and planning on applying for Pharmacy School. Vincent is also doing research on protein crystallography at Lawrence Berkeley National Laboratory. He is part of the Pre-Pharmacy Club (PILLS) on campus as well as the pharmacy facilitator for the Pre-Health Decal. Some of his hobbies include playing basketball, tennis, puzzle-solving, and biking.