A new study published in the New England journal of medicine in early February 2013 definitively shows the effect that diet can have on one’s cardiovascular health. The 5-year long study, which took place in Spain, used participants who were at high risk for heart disease. Each of the 7,447 people had at least one risk factor, such as smoking, being overweight, or having diabetes. They were then separated into three groups; one group was assigned a low-fat diet and the two others followed different variations of a traditional Mediterranean diet.

The Mediterranean diet is one that has been followed by the people of the region for hundreds of years. The diet has moderate amounts of fat in the form of olive oil and nuts. It also involves multiple servings of fish each week, lots of fresh fruit and vegetables, and a daily glass of wine. Those who adhere to the Mediterranean diet stay clear of red meat, dairy, and store-bought bakery goods. Researchers in the past have noticed a slightly lower incidence in heart disease for people who live in the Mediterranean. However, without definitive proof, it was hard to ascribe this lower prevalence to diet, rather than other factors like genetics or lifestyle. In fact, many leading experts in cardiovascular health have long recommended either low-fat diets or veganism to those with heart issues.

But it seems that a low-fat diet is not the solution. The group assigned to a low-fat diet had a hard time sticking to it, despite intensive nutritional counselling. As a result, the study ended up comparing the Mediterranean diet with a modern, moderate-fat diet. The end result was astonishing – a 30% decrease in heart attacks, strokes, and deaths from heart disease in those following the Mediterranean diet. In fact, the study was supposed to run for a longer period of time, but researchers could not in good conscious allow a study to go on that showed such a large health disparity between groups.

Of course, as with any study, there are detractors. But the majority of experts are impressed with the parameters researchers used and the ensuing results. The study only explored the effects on the diet on those with risk factors for heart disease, but it is expected to have preventative benefits for those at low risk. 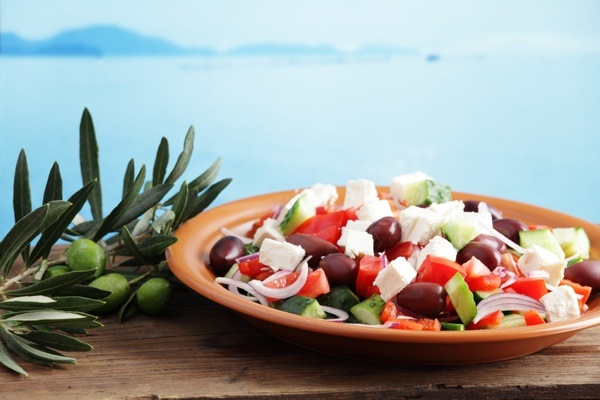