China’s economic performance and growth in the past ten years is unparalleled to the economic growth of any other country. Over the past decade, China has steadily climbed to the number two position in the world’s largest economies ranking, surpassing economic powerhouses including Germany and Japan. A factor behind this development can be attributed to the nation’s rapid urbanization. With rapid urbanization came technological advancements that produced large quantities of pollution. With the growing urban population, the number of automotives, factories, houses, skyscrapers, and other coal producing entities, the heavy blanket of pollution that covers most bustling cities in China will continue to grow denser.

In 2010 it was recorded that approximately 1.2 million deaths occurred as a result of air pollution in China (Atlantic Wire). As urban areas and industrialized cities become ever increasingly popular, pollution levels will proportionately increase. According to an article in the Bloomberg Businessweek, a group of researchers investigated the outcomes of the heavy polluted province of Shanxi. Over the course of ten years, researchers concluded that large amounts of “pesticides, industrial solvents, and especially polycrylic aromatic hydrocarbons, which are released into the air when fossil fuels are burned” (Larson) were found in the placentas of newborns with various birth defects. Researchers then studied the placenta of newborns without birth defects and noticed a significantly lower amount of chemicals and industrial solvents. This direct correlation between exposures to fossil fuels and birth defects is a serious health issue that is a result of excessive coal consumption.

Another contribution to the rise in the air pollution index is cigarette smoke from China’s heavy tobacco use. According to a BBC News article, “because of a sharp increase in cigarette sales in the last 30 years, around 2,000 people a day are currently dying of smoking in China”. This shockingly high number reflects the troubling effects of China an increasingly heavily dependent smoking society. The article continues to further state, “by 2050, the researchers expect this number could rise to 8,000 a day- some three million people a year”. In regards to health concerns, smoking causes higher chances of lung cancer and various forms of respiratory diseases and problems. The combination of a heavy smoking population as well as the dependency on coal for energy, China’s environment is concernedly a worrisome place for health outcomes. While tremendous progress has been made in the healthcare sector in China, with an improved infant mortality rate in some areas and development of more advanced medical technology, China’s pollution index continues to skyrocket.

In what ways can this issue be addressed? Health education is an important aspect that needs attention with a focus on health precautions and increased awareness. BBC news states from a survey taken in China, approximately 60% of the survey takers did not regard smoking cigarettes as detrimental to their health. Furthermore, more stringent health safety regulations need to be enforced. Shanxi province, for example, represents an area that needs government intervention to enforce a cap on the amount of coal used and fuel emitted by factories and power plants. China is in the midst of a booming economy and a focus on a greener, cleaner environment will remain on the backburner for quite sometime.

China is a place of rich culture and incredible history. Large cities are transforming into cosmopolitan metropolises attracting massive tourism, business development, and global integration. It is a nation of tremendous success; it is often times considered the future. Its deadly air pollution, however, requires desperate attention. 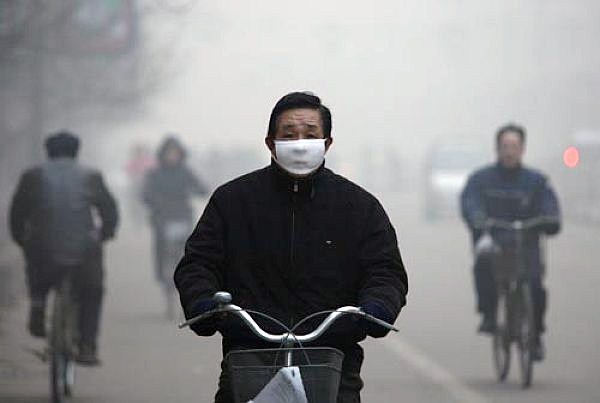