Yesterday, BBC published an article highlighting the fatal effects of post-head injuries. The analysis supports the fact that “injuries to the head can leave victims susceptible to early death” leading to a three times greater risk of death compared to people who did not suffer any damage to the brain (BBC).

Damage to certain brain areas can cause severe impairment to fundamental physical and mental body controls, some of which include motor function, memory function, executive function, and regions involved in personality formation. The frontal lobe, for example, is a region that specializes in memory function, executive function, and personality formation. When the frontal lobe undergoes damage from a concussion or repeated forceful strikes to the area, completing cognitive tasks becomes difficult, as well as initiating behavior and organizing tasks becomes impaired (Jagust). Furthermore, the frontal lobe is the area that involves personality formation. When this region is affected, preservation and inappropriate behavior with feelings of agitation develop. Among damage to these functional areas, The BBC article concludes that “common causes of premature death among those who had suffered previous brain injury included suicide, being a victim of assault or suffering fatal injuries, for example in a car crash” (BBC). Overall, brain and head injury commonly cause a change in potentially fatal mental and physical behavior. Punch-Drunk Syndrome exemplifies the effects of head injuries and the likelihood of the onset of premature death. This syndrome is common in boxers or those who are taking constant impact to the head. This eventually leads to cognitive and behavioral alterations that include personality changes and depression, accompanied with motor weakness. Problems in the brain lower the reserve and increase the potential of having problems with amyloid plaques and neurofibrillary tangles, a type of protein and fiber, respectively, that contribute to the onset of Alzheimer’s disease through neuronal degradation (Jagust).

Traumatic injuries to the brain can trigger a series of neuronal degradation that is particularly destructive to brain and bodily function, causing a higher risk of death. The brain, with all its intricacies and production of complex output, is a lot more fragile than people expect and require a lot more protection than given. 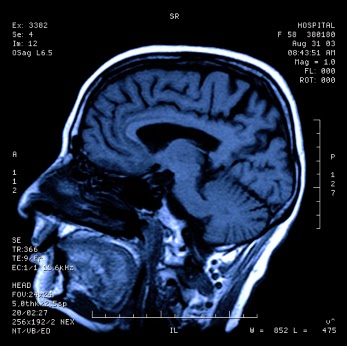