Be Mindful: The Homeless Population and Mental Illness

“It’s okay to not be okay.” This is a phrase I have heard over and over in the year that I have been in college, mainly when dealing with matters of mental health. As college students, we are trying to remove the stigma that stems from mental health and mental illness, especially when it comes to the mental wellness of our peers. We support each other by saying that we can overcome many of the obstacles put in our lives by mental illness and that mental well-being is something to work towards, not something that just happens. So why is it that we hold others to a higher standard? Why are we so afraid of the mental illness that affects those who are homeless? Why do we contradict our own words and look at their mental state as anything different than our own? Mental illness is something that can affect anyone at any time and does not select for certain races, classes, or genders. As we move towards a better understanding of mental health and the stigmas related to mental illness, it is important to take into account the homeless people that we encounter every day and struggles they face with their own mental health.
Homelessness is a state where the victims are susceptible to health risks, violence, and loss of basic human rights such as privacy, resources, etc. Homeless people are put in a position where often their health—both mental and physical— is compromised. Their situation leaves them in the impossible crossroads to decide whether they should pay money for clothes, food, and other necessities or for healthcare. A misconception of the homeless is that they are lazy when in reality about 45 percent of the homeless population has a job. Another misconception is that all homeless people are crazy. The reality is that only 20-25% of adult homeless people suffer from a chronic and severe form of mental illness. Quite often this mental illness is depression and many people develop other illnesses while on the streets. According to an EveryOne Home report from 2011, 818 of the estimated 4,200 homeless in Alameda County are severely ill. In the city of Berkeley alone, 41 percent of the homeless population has a severe mental illness.
Many people believe that the homeless are drug addicts and while this may be the case for 40% of Berkeley’s homeless population, much of the time these people are trying to self-medicate, due to the lack of healthcare services provided to the homeless. Over half of Berkeley’s homeless population has both severe mental illness and substance abuse problems. While there’s no reason to justify their substance abuse, the pattern of mental illness and the drug problem in the homeless community exposes an opportunity for us as Berkeley community members to do more to address these issues.
You might be wondering “what can I do to help address the issue of homelessness and mental illness in Berkeley?” There are many solutions to this unfortunate problem. One solution is to start a conversation. Many people still have a lot of misconceptions about the homeless and by stimulating a discussion about these issues, more people will be educated and informed about the problems surround mental health in the homeless population. Another way to help aid the homeless is to volunteer at a local clinic. Clinics that offer health and wellness services in the Berkeley area include The Suitcase Clinic and the Berkeley Free Clinic. The clinics base themselves on the ideas of public health, social welfare, and activism in the community. Students are encouraged to apply as volunteers and the websites for both are provided below.

By becoming an active participant in the rights and wellness of the homeless, you are increasing awareness of mental health and healthcare rights not only for the homeless community but also for those in the Berkeley community that are underserved as well. Homelessness can affect anyone at any time, much like mental illness, so it is important to make sure we strike up a conversation and get involved in breaking down the walls of homelessness and mental illness’ reputation. And while we are making great strides in reducing the strain of mental illness in the campus community, it is just as powerful to be mindful of our fellow Berkelians and say “it’s okay to not be okay.” 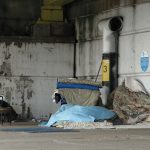 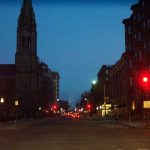 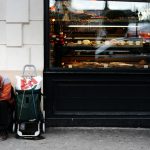