Diabetes: Its Threat and Social Implications

Diabetes is a chronic illness in which the body cannot produce or correctly utilize insulin. Due to this dysfunction, patients with diabetes have a high blood sugar level, which in turn can result in serious health risks such as heart disease and blindness. Not only are there severe, and sometimes lethal, consequences of diabetes, but also this illness affects millions of people across the nation yearly. Approximately eight percent of the United States population has diabetes. To understand diabetes as more than an illness, but an indicator of larger social issues, we must investigate just who comprises this eight percent, and what factors place these patients in this category.

Utilizing the statistics from Alameda County in 2014 as a sample population, it is found that the diabetic rate is around six percent of the population, lower than the ratio across California, which lies at around eight percent. Despite this more prospective positive report, the concern lies in the specific distribution of the six percent across racial and economic demographics. Alameda County’s Native American population accounts for over a third of diabetes cases, followed by African Americans for a tenth, and the rest of patients split closely among Caucasians, Asians, and Hispanics. Factors that would contribute to such a distribution include diet, access to healthy food options, and physiological predisposition.

Evidence that these factors are truly at play can be found in the breakdown of diabetes cases by economic status. Alameda County reports that those who earn an income less than twice the Federal Poverty Line are twice as predisposed to being diagnosed with diabetes. Shocking numbers such as these both support that economic status is a major factor in propensity to develop diabetes, as well as indicate there is a real problem within our society for allowing the situation to be so. The Harvard School of Public Health released data that suggests if a family engaged in an unhealthy diet wished to transition into a healthier one, food costs would increase by over $500 per year. This would be a staggering burden that these at-risk families would not be able to shoulder.

There is a biological factor that plays into diabetes risk that, while not usually as prominent as the economic hindrances, play a significant role in the propensity to develop diabetes. A standing theory explaining the link between susceptibility to adult onset diabetes and its uneven distributions among different ethnicities describes the “thrifty gene.” According to this theory, the most at-risk group for type II diabetes in the United States, Native Americans, are more susceptible to type II diabetes due to physiological inheritance of the body’s affinity for a diet extremely rich in fiber. If this gene is at play, then it is theorized that the diets of the Native American people changed much faster than physiology adapted to properly digest and process the foods of a modern American diet.

While our understanding of the cause of diabetes has deepened immensely over the recent years, it yet remains a dangerous threat to the health of the people of the United States. Whether it is genetics or society maintaining diabetes’ position as one of the leading causes of death in America, it is clear that there are still integral issues with treatment methods. In order to make progress in diabetes management, we must investigate ways to prevent the prominent causes of this diseases from playing their part in the killing of millions of people every year. 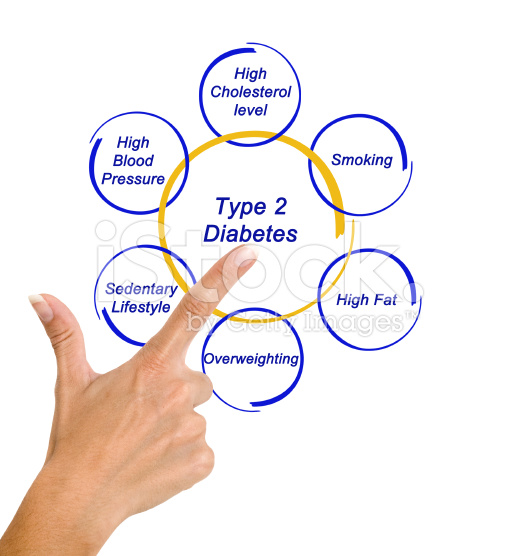