The (Possible) Physician Shortage in America

Many Americans hate going to the doctor’s office. Crying babies, new forms to fill out at every appointment, and increasingly long amounts of time spent in the waiting room. But imagine this: in less than 10 years from now, those waiting times could double, or if you’re in a rural area, triple. Why? The ongoing physician shortage affecting the entire country.

The Association of American Medical Colleges (the organization that handles all medical school applications and facilitates the MCAT Exam) states that, “By 2025, demand for physicians will exceed supply by a range of 46,000 to 90,000.”

This range includes shortages in every field of medicine, from pediatric oncology to geriatric ophthalmology. However, this range is not evenly distributed across every specialty. Unfortunately, over a third of the shortage is in one of the most important medical professions: primary care. When there are shortages in any medical field, patients will feel the effects. Fragmented care from doctors, less continuity between patients and physicians, and episodic care may all be in our future.

One of the largest effects that patients, as well entire communities, feel when there is a shortage of primary care physicians, is increased illness. Dr. Ravinder Sohi, lecturer at University of Toronto Medical School, states that patients who do not see their primary physicians are more likely to develop illnesses that could have been prevented when compared to patients who are able to see their primary care physician. She states for those who aren’t able to get primary care, “illness is going to be more established by the time patients get attention,” and “more secondary/tertiary care resources [are] used, [which results in] more disability and less productivity for society in general.” 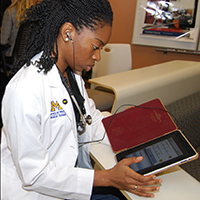 In order to alleviate the effects of the shortage, the AAMC has called for increasing the number of residency positions by 3,000 each year. When asked how much it would cost to increase the amount of residents by that number, AAMC President and CEO Darrell Kirch, M.D. estimated that it would amount to “$1 billion each year from 2015 to 2025.” Kirch adds, “the onus is on Congress to lift the artificial cap (on residency positions) that has been in place since the late ’90s.”

Currently, public medical schools across the country are creating certain incentivized programs to help prevent the primary care shortage from reaching the numbers that are currently predicted. For example, UC Riverside has developed the Medical Scholars Program for undergraduates. Students who show that they are passionate about public service and are committed to serving in the currently medically underserved Inland Empire, a region in Southern California, can gain an acceptance into this program. The program provides students with paid research opportunities, academic support in pre-med requirements, and assistance in the medical school application process. 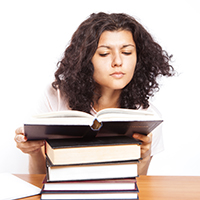 In the campus community, there are a number of pre-medical students who have different feelings towards the incentivized programs and towards the physician shortage itself. Alexis Tran, a sophomore, states that while it is very unfortunate that doctors will be spread out even thinner in the next decade, she would still prefer to be a specialist because she “would want to specialize in something that (she is) more interested in or (is) really passionate about.” Bansri Patel, a pre-medical sophomore, disagrees and states that if being a primary care physician and contributing to lowering the shortage of doctors in the future aids her in getting a medical school acceptance letter, then she would make that commitment.

Over the course of the last year, healthcare in America has faced a number of changes, including the passing of the Affordable Care Act, the possible defunding of Planned Parenthood, and the privatization of medicine. While many of these issues affect millions of Americans across the country, none promise to impact the next generation as severely as the primary care shortage. From creating medical schools admissions incentives to lifting the cap on residency positions, one can only hope that a solution is found and the shortage is not realized, so that all residents can receive the primary care they deserve.