Intelligent, healthy, successful — all stereotypes used to define Asian Americans. The model minority myth—the notion that a specific minority group sets an example of success for other minorities to follow—pertains to those groups who fall under the wide umbrella of being considered Asian American.  Asia is the largest and most populous continent in the world, made up of 48 countries. How can people from 48 countries all be considered under the same umbrella? How can everybody considered Asian American share the same characteristics?

They don’t. Each Asian American subgroup is vastly different from one another. 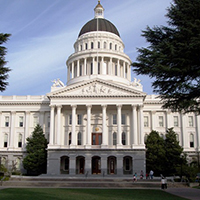 A recently passed California Assembly bill, AB-1726, will require the California Department of Public Health to use additional separate categories for specified Native Hawaiian, Asian and Pacific Islander groups for data collection and updated reports on specific groups. The reports, which will impact new ethnic or national origin groups, would include data such as susceptibility rates for major diseases, leading causes of death, pregnancy rates, and housing numbers. New groups include Bangladeshi, Hmong, Indonesian, Malaysian, Pakistani, Sri Lanka, Taiwanese, Thai, Fijian, and Tongan minority groups. These groups are currently lumped under the category of “Asian American” and there is no data specific to each ethnic group. This bill will allow them to be finally visible.

It is often the smaller subgroups—the subgroups addressed by AB-1726—that immigrate to the U.S. later. These smaller subgroups are also often not proficient in English and experience barriers in seeking health care. Furthermore, there is a difference between Asian American immigrants who voluntarily chose to come to the U.S. and Asian Americans refugees who were forced to leave their homeland. Many ethnic groups were refugees coming into the U.S. to escape their homeland due to war or political persecution. Many of the Asian American subgroups addressed by AB-1726 fell into this category. 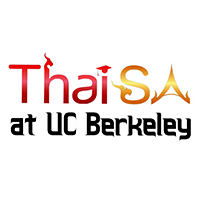 Data disaggregation through the Department of Public Health will be able to individually focus on each ethnic group’s health needs. This bill would help give these communities a sense of grounding and importance by being represented in data. From not finding Thai as an option to check on standardized tests to not being able to find a Thai interpreter for her parents at the hospital, Yordduangjun hopes for change.

There has been a lot of backlash centering on this bill, mostly from those accusing it of ignoring other minorities. Counterarguments, from Asian American communities unrepresented in data who had advocated for this bill tremendously, showed that the Census already collected detailed origin data for Hispanic/Latino and African American populations. The Asian American umbrella represents more than 50 ethnic backgrounds and 100 different languages, and has been the only minority group to ask for disaggregation.

This bill can help establish cultural competence in society and provide meaning for these communities. Members of these communities advocated for this bill because they no longer want to be dataless and want their voices heard over the large umbrella encompassing all Asian American ethnic identities. The minority myth has gone on for too long and the dataless are here to fight back.