Over a year after the Zika outbreak in South America took a turn for the worse, Congress finally agreed to fund $1.1 billion to combat Zika. When the Zika virus first hit the news in 2015, all of Congress agreed that something should be done, but divergent party agendas took priority. Democrats critiqued Republican funding proposals as not “a serious solution,” while Republicans blamed Democrats for unwillingness to compromise on funding sources. 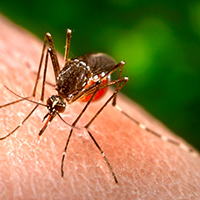 The Zika outbreak began its exponential spread in late 2015, but Congress was unable to come up with funding until a year later in September 2016. President Obama repeatedly requested funding, yet Congress members stalled on this issue if it was not first beneficial to their party. With estimates of over 4 million people infected worldwide and 3,358 confirmed cases in the United States, this public health crisis is a serious issue, even if U.S. politicians don’t treat it like one.

Locally transmitted cases of Zika are rising in the U.S. and the fact that Congress was unable to compose some sort of mutually agreeable bill proved the destructiveness of intense party loyalties. Democrats were lambasted two years ago for their Ebola response, when their administrative and on-the-ground efforts were deemed as “slow” and “poorly co-ordinated.” Now, the Democratic party is starting to blame the GOP for purposefully adding unnecessary provisions, like “hinder[ing] access to contraception for women and [weakening] environmental restrictions on pesticide use,” that made the bill unpassable.

This political gridlock came at the cost of lives. It weakened the ability of labs to conduct research, the capacity of medical professionals to provide immediate relief, and the faith in the United States to act as a primary responder in the face of global public health crises.

Now, over a year later, there is finally congressional approval for over one billion dollars worth of funding for Zika research. Institutions like the U.S. Agency for International Development are now implementing innovative ideas for combating Zika. Just recently, federal funding was granted for the development of “drones that could drop off Zika-fighting mosquitoes or ferry lab samples from remote regions.” Other institutions like the National Institute of Health and the CDC will pioneer this revamped fight; their inventive ideas of genetically-modified mosquitoes that “lay eggs that develop into faulty larvae,” will decimate the population of Zika vectors. 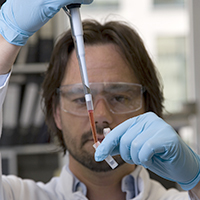 Already, the outlook for the Zika outbreak has turned more positive. Across the nation, NGOs and federal institutions are operating at maximum capacity to continue previously discontinued research. Although prevention methods must still go through long, complicated series of testing, this is a step in the right direction for containing the outbreak.

Should there be another emergency that requires funding to save lives, we will have to rely on Congress to provide this. We have seen multiple instances where this proves to not incentivize Congress enough to unite under a common goal. Moving forward, officials are encouraging the creation of an emergency fund, because, as Senator Marco Rubio put it, “this is not a partisan issue; Zika bites everyone.”