Addressing the Mental Health of Inmates

Kayla Moore, a Berkeley resident who faced schizophrenia, had an unfortunate encounter with the Berkeley Police Department that resulted in her untimely death. She had stopped taking her medication and instead of dealing with this problem in a more thoughtful manner, Berkeley police officers decided to arrest her. While resisting arrest, this 347-pound transgender woman was straddled in a prone position and her life was taken out of her. Should she have ended up in a psychiatric ward or a prison with mental health facilities? Would a prison mental health facility been effective in her case? 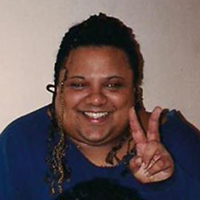 Moore’s unfortunate incident illustrates a larger problem in our community; many mental health patients resume cycles of unhealthy behaviors upon release from hospitals or prisons, often due to prison system overcrowding and an ineffective health care system that fails to provide efficient outpatient services. This further aggravates the mass incarceration problem that our nation currently faces. Many of these people may be a danger to themselves and other citizens, especially in a community like Berkeley that has more lenient rules for the homeless.

According to the City of Berkeley Mental Health Services Act (MHSA), “Berkeley’s homeless population has a higher rate of mental illness and substance abuse than the national average.” This is concerning, considering the fact that many students live in these areas and are constantly fearing for their safety. Many of these homeless people are found encountering the police with violent mannerisms. This leads to imprisonment in San Quentin jail and eventual release back to the streets from where they were taken.

Givelle J. Lamano, a criminal defense attorney in Alameda County, strongly believes that mass incarceration is a paramount national issue. The main issues that she has encountered in her four years of experience include schizophrenia and substance abuse, and Moore suffered from both. Lamano is disappointed with the criminal justice system because she believes that “it does not take one’s mental issues into account while prosecuting felons.” However, the criminal justice system in California does offer two programs for released inmates.

The 2013 California Department of Corrections and Rehabilitation (CDCR) Outcome Evaluation Report states that inmates with mental health issues were more likely to revert to criminal behavior than those without. About 16 percent of released inmates were required to participate in the Enhanced Outpatient Program (EOP) conducted by the CDCR or the Correctional Clinical Case Management System (CCCMS), which is an external rehabilitation system. The EOP is specifically designed for inmates who have trouble adjusting with the general population and it includes a weekly 10-hour clinical portion and provides enhanced nursing services.

However, the CCCMS is an outpatient service that includes: individual counseling, crisis intervention, medication review, group therapy, social skills training, clinical discharge and pre-release planning. Since statistics show that the CCCMS is more effective in reducing recidivism rates than CDR conducted EOP (73 percent versus 67.2 percent), there seems to be a strong correlation between the government and failed healthcare services.

Attorney Lamano gave a harsh evaluation of these programs and believed that this issue should be addressed during the prosecution process, rather than during or after imprisonment. When asked about what she believes is an effective method of solving this problem, Attorney Lamano states that one should take the restorative justice approach. This approach “brings dialogue between the aggressor and victim and helps the victim understand why the aggressor committed a certain crime.” She believes that “by talking about the crime and leading the victim to restorative facilities, the criminal justice system allows the victim to take a step towards recovery while reducing inmates in our tax payer funded jails.”

Nevertheless, she believes that the government funded restorative facilities need to take a different approach than the current ones, such as the CDCR funded EOP, which is not very effective and is essentially wasting taxpayer money. Lamano also the widespread involvement in the Insight Prison Project, which is a social service project in San Rafael, CA aimed to increase public safety by reducing recidivism. A recent plausible solution to this cycle involves Laura’s Law. This would mandate courts to redirect those with serious mental illnesses — and those who have a history of being violent to themselves and those around them— to outpatient treatments. Unfortunately, Alameda County has not enacted this law.

As a society, it is our duty to minimize cases that involve people like Berkeley resident Kayla Moore, who dealt with schizophrenia. It is time to listen to attorneys like Lamano and start implementing laws, policies, and approaches that would benefit both mentally ill inmates as well as noncriminal citizens.