A few summers ago, I was vacationing in San Francisco with my family when I got a sore throat. We went to a doctor to get it checked out, and on our way out, we were hit with a two hundred dollar bill. I was floored. Coming from Canada, a country with a universal, single-payer health care system, I had never had to pay on the way out of a doctor’s appointment. I knew that Canadians were paying for health care indirectly through taxes, but I still felt lucky that all I had to do when I visited the doctor was bring my ID with me. Since then, I have always wondered how each system really works, and which one is better. After speaking with Professor Robin Flagg, a health policy professor from the UC Berkeley School of Public Health, and doing some more research on my own, I learned more about what both systems have to offer — and about what they lack. 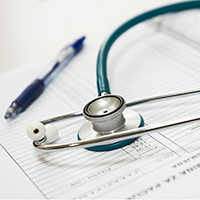 The United States operates on a public and private health care system. Private health insurance can be purchased through the private market or through an employer. Health insurance is “mandatory” in that those who don’t purchase plans are required to pay a fine, unless their economic status exempts them from it. The other side of American health insurance is public, and it is called Medicaid. It is a joint federal- and state-funded program that aims to provide coverage to the poorest, most at-risk populations, and makes sure that these people don’t have to pay for services when they are sick.

Canada operates on a single-payer health care system, meaning that there is only one agency that pays for health care — the Canadian government. Taxpayers send money up, and the provincial governments allocate those funds to different providers across each province. The system is also universal, meaning that every Canadian citizen and permanent resident has health insurance. This sounds like a great deal, but Professor Flagg warned me that it really isn’t so simple. When trying to be inclusive, the Canadian health care system loses out in other aspects.

The long waiting periods are probably the most notorious part of Canada’s health care system. The average emergency room waiting period is four hours, and according to a Commonwealth Fund survey in 2010, thirty-three percent of Canadians waited six or more days to see a specialist when they were sick. This is compared to nineteen percent in the United States. It gets worse, however; when I discussed waiting times with Professor Flagg, she told me that long queues for medical services were Canada’s way of saying no. When Canadians boast “free” health care, we really mean that the government uses our tax money to fund medical services. And when it is just one payer (in this case the government) that is in charge of allocating these funds, allocating turns into rationing to get the best “bang for their buck,” as Professor Flagg says. The results are that younger, healthier people (essentially, those who have a higher chance of getting better) may be prioritized over older, sicker patients — for the same services, and regardless of who was in line first.

In the United States, Professor Flagg explained, anyone who can pay for medical care can receive it. Unlike in Canada, American health care providers will not “say no” when a patient, old or young, needs surgery. This is especially pertinent when it comes to Medicare, the United States’ national social insurance program that uses tax dollars to provide health care for Americans aged 65 and up. 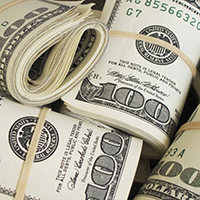 In 2014, the United States spent about $3 trillion nationwide on health care, equaling about $9,523 on health care per capita — the highest rate in the world. In Canada, where the rates are still not considered low, the per capita health expenditures were half of that, at $4429. Why does the U.S. spend so much on health care? The average life expectancy in the two countries is about the same, with Canada three years higher. Americans go to the doctor a normal amount and don’t visit the emergency any more than usual. One reason that Robin Flagg suggested was Medicare. More and more Americans are paying into the system to receive benefits when they hit 65, and because of the expansiveness of the program, spending just continues to go up. This goes against the Canadian way of thinking, where younger people are, in general, prioritized over the elderly. This results in a huge chunk of the national health expenditures going towards Medicare patients — twenty percent of it, to be exact. Other reasons for the massive amount of spending on health care are administrative costs, out-of-this-world drug costs, and receiving unnecessary extra care.

Both American and Canadian health care systems have their merits, but they also have their flaws. When I asked Professor Robin Flagg about why the health care systems in Canada and America are so vastly different, she explained that it all comes down to philosophy. She pulled up some quotes from the founding documents of both countries onto her computer. Canada’s said “Peace, order, and good government.” The United States’ said “Life, Liberty and the pursuit of Happiness.” She explained that Americans and Canadians have fundamentally different views; the former strongly believe in independence, self-governance and the merits of the market system.  The “order” and “good government” mentioned in the Canadian constitution are not ideals that many Americans would hold above their own autonomy. The country was founded on the idea of independence; it is simply not part of the American ideal to want to be governed. My home country, on the other hand, values a good governing body that will take care of its people, even if that means having some of our privileges taken away. I think that in the end, there is no saying which health care system is superior. I learned that my beloved home country’s health care system isn’t as perfect as I thought. And with the recent presidential election, the future of American health care is on shaky ground. While the American and Canadian health care systems are each deeply rooted in very different philosophies, they do have one thing in common: each could use a bit of fixing up.