Pass the Dressing: Transmission of Antibiotic-Resistant Genes Through Food

Think back to the last time you had a salad. You probably had a bowl of lettuce; some spinach thrown in there along with some of your common market veggies like shredded carrots, tomatoes, cucumbers; and topped off with crunchy croutons, crispy chicken strips, and your favorite dressing drizzled on top. As you take that first bite, the last thing on your mind is the possibility of antibiotic-resistant saprophytes living on your spinach. Yes, you read that correctly. Allow me to explain. 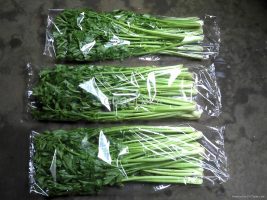 Saprophytes are plants, fungi, or microorganisms that live on dead or decaying organic matter. Some have been found to possess what are called antibiotic-resistant (AR) genes which give microbes, such as bacteria, the power to resist normal antibiotic treatments and cause serious infections.

Dr. Lee Riley has been studying the link between ingesting foods with saprophytes containing AR genes and the development of AR pathogens within the body’s microbiome. In 2011, Dr. Riley, Eva Raphael, and Lisa K. Wong published a paper in the journal Applied and Environmental Microbiology titled “Extended-Spectrum Beta-Lactamase Gene Sequences in Gram-Negative Saprophytes on Retail Organic and Nonorganic Spinach.” They took saprophytes found on the spinach, cultured them, and then sampled 165 random colonies from the total 231 that were cultured.

From the samples they tested, they identified 20 known species of drug-resistant gram-negative bacteria (GNB), a group of bacteria known to have a double membrane making them more resistant to antibiotics such as penicillin. GNB who possess antibiotic resistant genes are capable of passing on those genes to other GNB or even bacteria outside of their own species through a process called horizontal gene transfer. Thus, those antibiotic-resistant genes could end up inside bacteria, such as E. coli, that live within our gut. The paper’s abstract concluded, “… saprophytes in common fresh produce can harbor drug resistance genes that are also found in internationally circulating strains of GNB pathogens; such a source may thus serve as a reservoir for drug resistance genes that ultimately enter pathogens to affect human health.”

It’s a scary prospect to think about. But it forces us to consider the risks of global food distribution. Now, no one is about to suggest that we stop global food trade all together. But for countries like Japan that rely heavily on imported food to feed their people, the spread of AR genes via food is no laughing matter.

In a 2011 interview published in the Berkeley Science Journal, Dr. Riley recognized this potential threat: “Japan is a major food importing country, and so they have major problems with all these drug-resistant infections.” At the time of the interview, Dr. Riley’s lab was also investigating the possibility that infections specifically in the urinary tract involving AR E. coli could actually be a food-borne disease. Just this past October, Dr. Riley’s lab received a $560,000 grant from the Centers for Disease Control and Prevention (CDC) to research how diet influences the development of AR E. coli in the gut, which could increase the risk of women contracting urinary tract infections (UTI), a disease commonly treated with antibiotics. 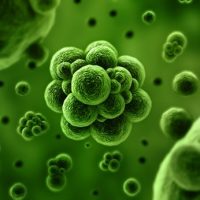 Dr. Riley’s research includes collecting urine samples taken from the Tang Center from women who have UTI. The E. coli in the urine is then isolated from the samples and screened for ampicillin resistance, an antibiotic used to treat UTI. If the E. coli show resistance to ampicillin, they are then tested for resistance to other antibiotics. A urinary tract infection occurs when bacteria, usually E. coli reigning from the large intestines, travel up the urethra into the urinary tract where they begin to multiply unchecked. The infection eventually spreads to the bladder and can progress to the kidneys, causing a more serious infection known as pyelonephritis if left untreated. Symptoms of pyelonephritis include back pain, vomiting, fever, painful urination, and bloody urine. From the kidneys, UTI can then enter the blood stream, spreading the infection throughout the body.

A reported 10 million Americans are infected with UTI every year, the vast majority being women; one in five women will contract UTI at least once in their lifetime. Common symptoms of UTI include a burning sensation when urinating, feelings of achiness, pressure or pain in the abdominals, and pungent urine. Treatment usually involves prescribing antibiotics to the patient. However, for someone who may be harboring an AR bacterial infection, antibiotics are rendered ineffective, which can complicate treatment and recovery.

The CDC is well aware of this growing problem concerning antibiotic and multidrug resistant pathogens. This year alone, Congress set aside $160 million to fund CDC’s efforts to curb antibiotic usage and fund research; all of this is outlined in the National Action Plan for Combating Antibiotic-Resistant Bacteria. Dr. Riley’s lab was one of 34 projects who received a portion of the total $14 million the CDC dispensed to fund research projects across the nation.

In a recent interview with Dr. Riley, he talked with PHA about his research on UTI as well as some of the social concerns surrounding food-borne infections. “UTI is the most common bacterial cause of infections in women. Until now, people have only considered food borne disease to be associated with diarrheal illness, but if it is associated with UTI and blood stream infection, especially for women, it’s a huge impact.”