Health and Infrastructure in the U.S. and Denmark: A Comparison

Life, liberty, the pursuit of happiness — fleeting remnants of the American dream, a dream existing in essence but often not in actualization. Now more so than ever, this dream makes grand promises but questionable deliveries, especially for those residing in the ever-growing margins of society.

We are a country ridden with internal turmoil, plagued with economic crises, battling deeply ingrained race and class-based discrimination. A society of strength and global dominance, a country unafraid to assert that dominance, yet unwilling to take care of its citizens on a fundamental level.

Today, the United States remains the only industrialized country in the world that fails to provide universal healthcare for all citizens. A complicated system presently begging for reform, American healthcare is the source of innumerable issues for many — both those with and without coverage. These issues are not limited to the domain of health care, but rather ripple out, with far-reaching influence on quality of life, psychological stability, and fundamental happiness for society at large.

Now, let’s paint a very different picture. Imagine a place of equity and inherent trust, of civility and interdependence rather than competition and angst. Visualize unlimited access to adequate healthcare, high standards of living, and generalized harmoniousness between people and state. Think of free education, sufficient maternity leave, and a culturally promoted balance between work and life. Add 4.5 million bicycles to an already people-centric society, and you have Denmark! A small, rather unassuming Northern European nation notoriously known for being the “happiest country in the world,” Denmark is clearly doing something very, very right. 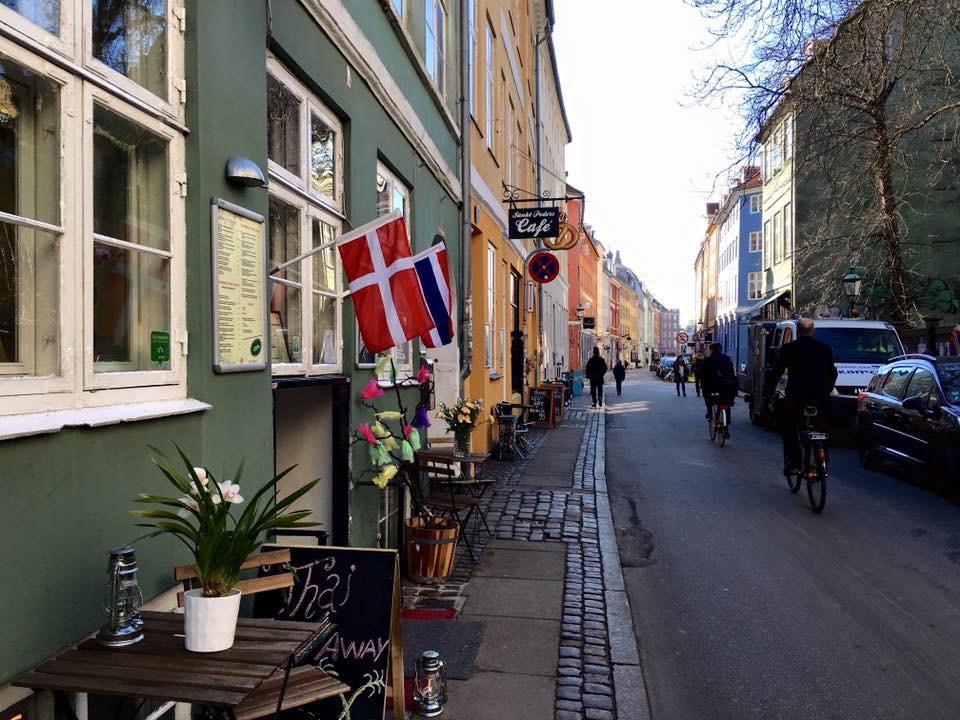 In seeking solutions, politicians and citizens alike often look abroad, contemplating possibilities for progress and the implications they may bring. Circumstances are obviously always different, but modifying existing systems often lays effective groundwork for creating tangible change. After spending a semester in the heart of Copenhagen, Denmark’s bustling bicycle capital, I can vouch for the rudimentary differences between America and Scandinavia. The divergences extend beyond policy, go farther than logistics or political agendas – there is a different feel to the place, a different tone to the culture on a fundamental level.

It can be argued that universal healthcare as a core principle of Danish society is both a byproduct and a cause of its optimal functioning. People are taken care of — that’s clear — but there exist other embedded cultural elements extending beyond the domain of healthcare that contribute to the overarching well-being we observe. Understanding how these structural elements create an environment of prosperity, ease, and mental wellness is paramount in addressing the struggles facing American society.

However, it is important to understand that Denmark, a small, relatively homogenous country of 5 million, will never compare to the U.S., a multicultural mixing pot of nearly 320 million. The specific structure of Danish society may not be replicable on a grand scale, but the tenets it stands for can certainly inspire us to move in a positive direction.

A Northern European archipelago of over 400 islands situated within the Baltic and North Seas, Denmark is defined by deeply rooted principles of solidarity, egalitarianism, progressiveness, and collectivism. Their welfare model declares that all citizens have equal rights to social security, ensuring that healthcare and education are free for all citizens. Access to these rights are achieved through relatively high taxation, which is supported rather than resented, as citizens understand that their contribution to welfare is essential to its functioning.

Denmark’s welfare system plays a central role in mediating affairs between citizen and state. The system is built on trust, both in each other and the government — 90% of Danes vote, and participation in politics is considered crucial in the maintenance of democracy. Conversely, only roughly 50% of Americans participated in the recent controversial presidential election, a statistic reflecting the apathetic state of the U.S. populace.

U.S. Senator Bernie Sanders uses Denmark as a prototype for how America could be if democratic socialism were to become a reality. He applauds how Denmark’s foundation of economic security is conducive to happiness, and remarks that the deep-seated distrust in the American government is a core struggle facing the US as a whole. As Karen Christensen, Copenhagen native, explained, “The Danish people may appear happier, but this is a direct result of our society’s social security net — it just takes off pressure on a day-to-day basis.” 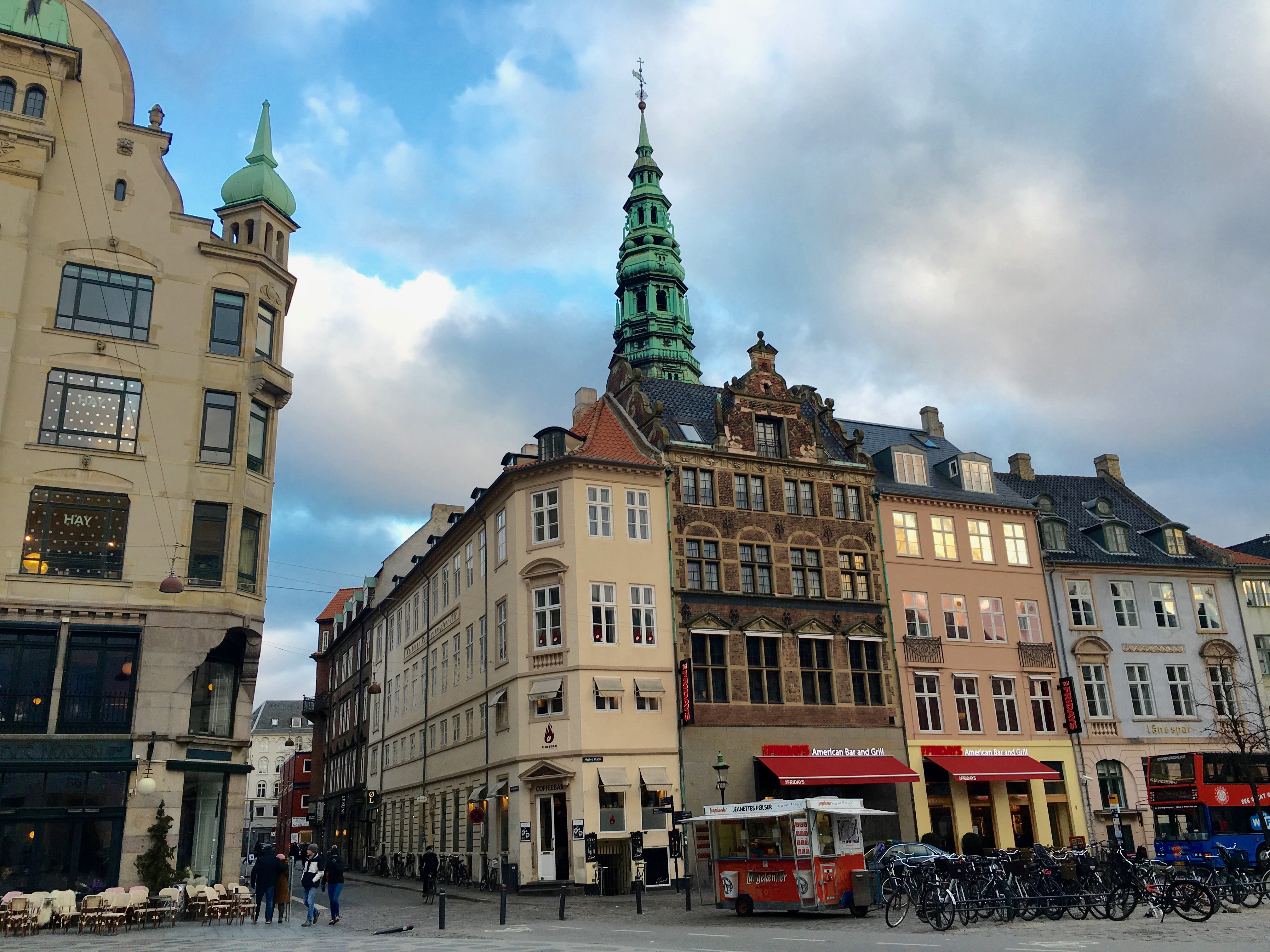 Egalitarianism is a central pillar of Danish society — equal rights for all people is central, and the theoretical divides between rich and poor or woman and man are not deterministic in projecting quality of life. Christensen mentions, “This is a place where you have to be clever and determined to attend the best schools, but not necessarily wealthy.” Women are respected in the workplace, and entitled to at least four months maternity leave and flexible hours to ensure a manageable work-life balance.

It has often been alleged that Denmark’s approach to harmonizing work and leisure is paramount in maintaining their high quality of life. The pace of life in Denmark is slower and more intentional than that of its distant American relatives — stress levels are lower, and the overarching burden to perform is much less prominent. There is less focus on financial earnings or economic status, and the tendency for arrogant ambition is frowned upon in Danish society. Compared to countries like the U.S., there is less pressure to ascend the esteemed hierarchy of success — achievement does not denote value, and thus the need to succeed is self-driven rather than socially embedded.

Simone Thirstup-Andersen, a Danish student currently studying abroad at UC Irvine, explained that “having free education, universal healthcare, and a bike-based society are paramount,” and that “Danes have every reason to be happy because they have innumerable opportunities if they choose to take them.”

These cultural values undoubtedly contribute to varying levels of mental health issues — expectations are different, services are more accessible, and society as a whole is not writhing in a state of economic, social, and political flux. Another element of Danish society that reflects its people-centric prioritization is the structure of its cities — Copenhagen is built first for humans, and second for bicycles. People from all strata of society participate in cycling, which is seen as both an environmentally conscious and healthy alternative to driving. More than half of citizens, ranging in age from children to seniors, use bicycles as their main mode of transportation. Pedestrian centered urban development and intentional use of public space empower the populace to both embrace and participate in their immediate environment.

Meanwhile, governed by auto-industries and corporate lobbying, the United States caters to the car, not the person. In most major cities cycling is dangerous, and the urban sprawl of suburbia has left many regions of America disconnected by roadway expanse. For many, this limits access to resources, and separates people from place in a very literal way. Christensen explained that “the difference between infrastructure in Denmark and in other places is the fact that is available for everyone, it greatly impacts the creation of equal opportunity to all.” 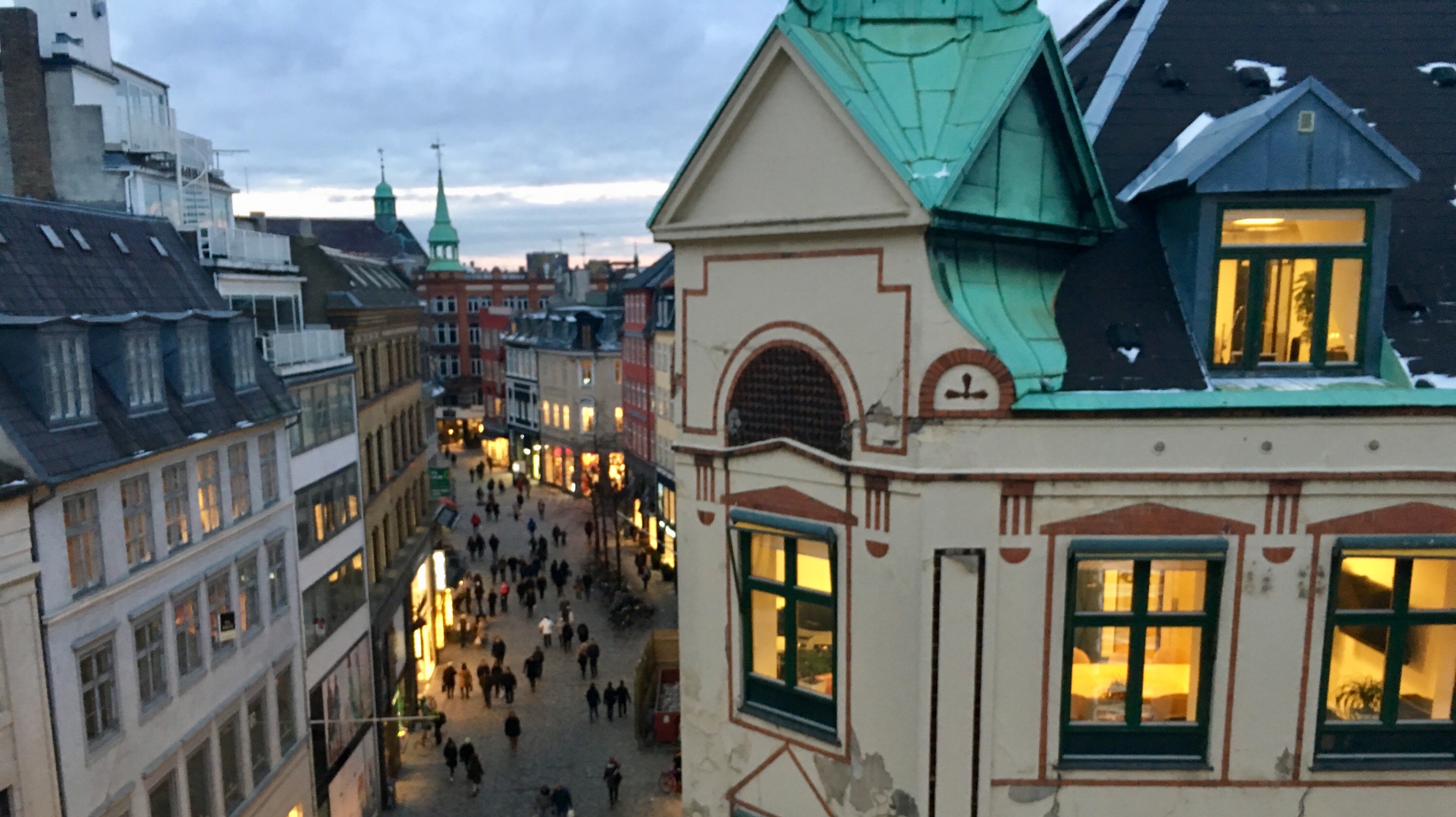 It is undeniable that mental health promotion is critical in creating and maintaining a happy, productive populace. However, without necessary infrastructure, this goal cannot be achieved. There are plentiful ways to approach the multifaceted changes America presently demands — from revolutionizing urban planning to guaranteeing universal healthcare, from shifting the unrealistic work-life balance to making real steps toward equity for the masses, not the few. These aspirations are enormous, multifaceted, and challenging to implement. But we must start somewhere, and emulating the ideals of Denmark may be just the place.