E-Cigarettes: Current Use and Dangers

The Centers for Disease Control and Prevention released a statistic on April 16, 2015 stating that e-cigarette use among middle and high school students tripled from 2013 to 2014. This contrasts with the trend of declining use of traditional tobacco products, such as cigarettes and cigars, among youth.

Is this a bad thing? Popular belief seems to be that e-cigarettes are a healthier option compared to regular cigarettes. So is this true?

In a newly published study conducted by the Lawrence Berkeley National Laboratory, researchers tested the chemicals released by e-cigarettes. In addition to previously discovered aldehydes and volatile organic compounds, the study found propylene oxide and glycidol in the e-liquid and vapors. Aldehydes and volatile organic compounds can cause irritation, allergic reaction, emesis, nausea, fatigue, and dizziness. Propylene oxide and glycidol are both potential or probable carcinogens. Even though e-cigarettes do not contain tobacco, they do contain other very harmful substances.

There also have been more serious consequences to using e-cigarettes. The batteries are often not well made, which means that they can easily short circuit. This causes batteries to explode or catch on fire. In fact, there have been at least 93 documented explosions of e-cigarettes, sometimes occurring while in a person’s mouth. Manny Almodovar experienced this and lost four teeth in addition to charring his 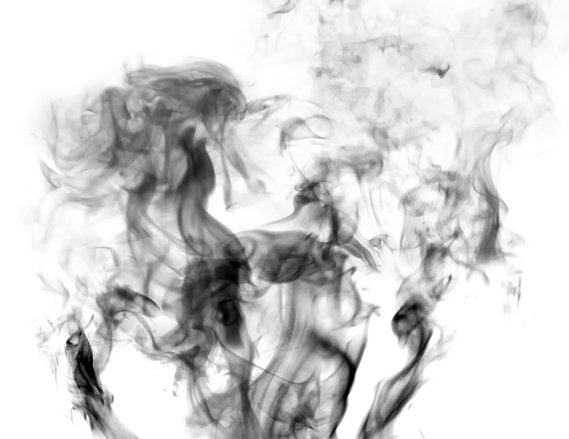 hand. Exposure to e-cigarettes in children also has very terrible consequences. This is because concentrated nicotine in the liquids used by e-cigarettes is poisonous.

Nicotine can cause nausea, abdominal pain, vomiting and diarrhea. In high enough doses, nicotine paralyzes the respiratory system or causes respiratory failure, leading to tremors, cyanosis, dypnoea, convulsion, collapse or coma. Unfortunately, according to a study conducted by Pediatrics, e-cigarette exposure to nicotine increased by 1429.9% from January 2012 to April 2015. Children who were exposed to e-cigarettes compared to regular cigarettes had 5.2 times higher odds of being admitted to a healthcare facility and 2.6 times higher odds of having a severe health outcome. In 2014, a toddler from upstate New York died from ingesting e-liquid.

So even though e-cigarettes may not contain as many carcinogens as tobacco-containing cigarettes, they can still cause damage to your health. In fact in some ways they can be more dangerous, due to poorly constructed batteries and concentrated nicotine in the e-liquid. What then should a person do? Reduction in use is the most effective way to reduce ill health effects.

But if stopping use altogether is too difficult, Berkeley lab researchers have provided some methods to make smoking a bit healthier. First, thermal decomposition increases harmful chemical emissions, so decreasing the temperature of e-cigarettes can probably limit some of their carcinogenic effects. Second, cleaning and replacing the parts of a regularly used e-cigarette can reduce harmful chemical emissions. Careful containment of the nicotine-containing liquid should reduce exposure in children.

Additionally, although there is not definitive proof, the Berkeley researchers say that there could be negative effects to those around e-cigarette smokers — second hand vaping. This, combined with the dangers of nicotine poisoning to children around adults who vape and increased risk of taking up tobacco smoking, show that e-cigarettes affect more than just the people who vape. Therefore controlling the amount of vaping is not an individual issue, it is also a public health issue.

The city of Berkeley and the UC Berkeley campus sure seem to think so. UC Berkeley bans all e-cigarette use on campus, and the city of Berkeley recently voted to raise the minimum age to buy e-cigarettes to age 21 on June 9, 2016. In 2016 the U.S. Food and Drug Administration also finalized a rule extending their regulation over vaporizers, vape pens, electronic cigarettes, and e-pipes. The public will have to wait and see if the new regulations imposed will have an affect on vaping amongst youth.

The recent, rapid rise in use of e-cigarettes demands that we support more research, like the study done by the Lawrence Berkeley National Laboratory, to elucidate just how harmful vaping can be. We also need to pay careful attention to how e-cigarettes are being used, what the effects are, and how we can address this pressing public health issue.

Tagged with: alcohol and drugs, e-cigarettes