The Facts Behind SNAP: Dispelling Misconceptions

You may be familiar with the stereotype of the “welfare queen”: an unmotivated and unemployed person who is capable of working but chooses to leech off government resources with no plans of securing a job. This stereotype, first fabricated in 1976 by Ronald Reagan and still circulating in common discourse today, is deeply inaccurate. Contrary to what many Americans suspect, a large number of adults who are capable of working and receive government assistance are already employed; yet, their salaries are often insufficient to cover basic living expenses such as food, electricity, and shelter. 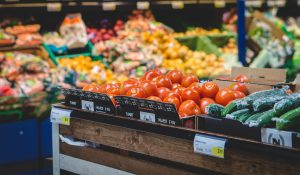 The Supplemental Nutrition Assistance Program (SNAP) is one of the largest food safety net programs in the United States, providing over 45 million Americans with food stamps. According to the USDA, two–thirds of SNAP recipients are children, senior citizens, or disabled persons. This disproves the suspicion that most people on food stamps are adults who are capable of working.

In order for non-disabled persons to qualify for SNAP, they are required to work for an employer or participate in educational training activities for at least 80 hours a month. In total, according to the Center on Budget and Policy Priorities, “43% of SNAP recipients live in a household with financial earnings.” Another alternative to employment or educational training is compliance with a workfare program. The basis for disqualification from SNAP would be if an individual decides to quit his or her job, work fewer hours, or refuse to participate in the training programs.

Another misconception about SNAP is that the benefits people receive are too generous. Rumors of people using food stamps to purchase lobster and steak paint the picture that life on these programs is luxurious and easy. The reality is that each person receives an average of $125 each month, which is about $1.40 per meal. When I compared this number to how much UC Berkeley students spend each month on food, I found that most students spent just as much or more.

I asked my peers about their monthly food purchases such as groceries and restaurant foods, including coffee beverages, ice cream treats, and boba drinks. Their responses ranged between $120 and more than $200. I found that the average apartment with four to five students spent more than $650 in total. In comparison, households on SNAP receive less than half of that value with an average of $253 per month. While purchasing lobster and steak with food stamps is possible, the practice is likely uncommon, as doing so would quickly deplete a person’s monthly allowance.

Stereotypes still continue to circulate and this affects both public opinion and policy changes in government. The narrative of the “welfare queen” continues to be pushed by politicians who oppose SNAP. This is evident in Ohio Congressman Jim Jordan’s statement directed at the program’s recipients: “You’ve got to do something. You can’t just get help from the taxpayer and not have to do something.” By supporting the stereotype of the food stamp recipient, Jordan capitalizes on the public’s mistrust of people on government assistance programs.

In this case, stereotypes and personal biases can result in actual policy. According to the article “Recipients Fear Cuts to Food Stamps and Disability Aid in Trump Budget,” President Trump plans on cutting $192 billion in aid from SNAP in the next decade. If this goes through, millions of families will see drastic cuts to their food stamp benefits. In these times, it is important to stay informed on the issues instead of relying solely on popular opinion.