Does Everyone Have a Safe Place to Go?

On the morning of September 20, Hurricane Maria left more than 95% of Puerto Rico’s electric customers without electricity. Hurricane Irma hit the island earlier in the month, leaving 1 million people without access to electricity. When Hurricane Maria hit 20 days later, there were still 60,000 homes without power. Flooding waters, heavy rains, and brutal winds threatened to displace thousands of individuals and families that lacked a sound, alternative shelter. Not everyone has the privilege of hopping on a plane and escaping the hurricane before it hits. Where do people who face homelessness go? In thinking about disabled persons and individuals who have criminal records, where do they, too, go in the wake of an emergency?

On September 6, the tweets of a Polk County Sheriff from Florida ensued fear in those who were not sure where they would be able to find safety once the evacuation deadline for Irma came around.

If you go to a shelter for #Irma, be advised: sworn LEOs will be at every shelter, checking IDs. Sex offenders/predators will not be allowed

If you go to a shelter for #Irma and you have a warrant, we'll gladly escort you to the safe and secure shelter called the Polk County Jail https://t.co/Qj5GX9XQBi

Polk County Sheriff Grady Judd presented this response to the approaching hurricane, which was met with both criticism and praise for the drastic precautions it implied to put in place at the entrance of emergency shelters in Polk County. From the tweets, it could be interpreted to mean that anyone who had something as minimal as an unpaid parking ticket would not be able to enter the emergency shelter. Instead, they would be arrested on the spot at the entrance of any Polk County emergency shelter. While escaping the trap of the flood and hurricane, many would be walking into another trap: imprisonment.

Judd’s initial tweet was meant to reinforce the notion that high-profile criminal offenders would be the ones targeted. For some, this confirmed the belief that profiled criminal offenders would be in a protected environment in lieu of their homes that were at risk of being hit by the hurricanes. However, it is necessary to think about those individuals who do not have identification. Many people facing homelessness and those who have lived in the U.S. for many years as undocumented immigrants make up a marginalized population that often lack access to resources that facilitate acquisition of state-issued identification. Judd’s response to Irma goes to show that in a time of crisis, many marginalized groups are disregarded when a county is in the process of formulating sources of relief, protection, and aid. 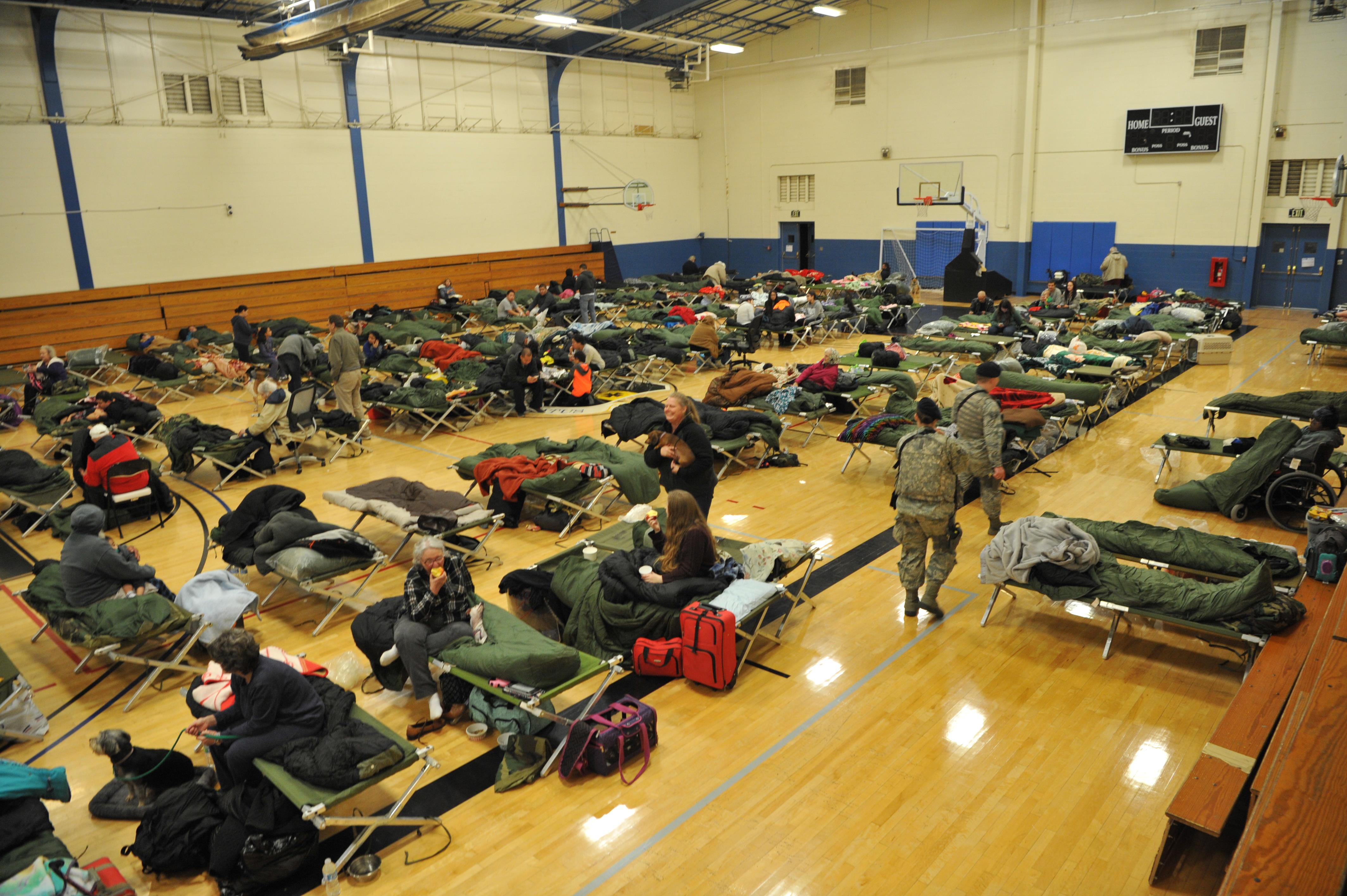 Talks about the inclusiveness versus exclusiveness of people in times of emergencies beg the question: What is UC Berkeley’s protocol in the midst of an emergency that has the potential of displacing many? Where are our emergency shelters, and are there requirements to fulfill in order to be able to enter them? UC Berkeley’s Office of Emergency Management (OEM) offers a statement that begins to answer the inquiry of how the campus deals with marginalized groups in the wake of a major crisis.

“UC Berkeley is committed to ensuring access, integration, and inclusion of individuals with functional needs into all phases of the emergency management process — mitigation, preparedness, response, and recovery. Access and functional needs populations are defined as campus community members who may have additional needs before, during, and after an incident in functional areas, including but not limited to maintaining independence, communication, transportation, supervision, and medical care. Individuals in need of additional response assistance may include those who are disabled, elderly, minors, from diverse cultures, transportation disadvantaged, non-English speaking or those with limited English proficiency.”

Upon reading this statement, it is essential to note that undocumented groups or individuals with criminal records are not mentioned specifically. I was was able to contact OEM and speak with the manager, Amina Assefa, in order to understand the specific protocol towards accepting people into emergency shelters.

According to Assefa, “There are no requisites for entering an emergency shelter. The number one priority is to provide a safe and secure place after an emergency. All campus-affiliated individuals, regardless of their immigration status, should feel secure that by entering an emergency shelter will not make them vulnerable to deportation.” Her last sentence was particularly comforting. “Every attempt will be made to accommodate those with access and functional needs.”

The importance of being an institution with a clear protocol on emergency shelter and aid is a measure of the University’s consciousness towards the ever-growing intersectionality that exists on campus. In order to prevent any fear or uncertainty in marginalized groups on campus in the wake of a natural disaster or any other crisis, we must unite to provide the most inclusive resources in where we can confidently state that all students and members of the UC Berkeley community have a safe and accessible place.