Imagine taking part in your routine, daily activities when the floor beneath your feet starts to shake. The walls begin to move. You don’t even question what’s going on because you know what’s happening. Your heart starts to beat faster than it ever has, and the most important thing that you try to do is survive. The city you were raised in, where your mother’s mother had worked all her life, slowly disintegrates. All you can do is wait for it to end.

These were the experiences of many in Mexico last month. On Tuesday, September 19, a magnitude 7.1 earthquake hit Central Mexico following the September 7, magnitude 8.1 earthquake near Oaxaca and left the city and residents in shambles. 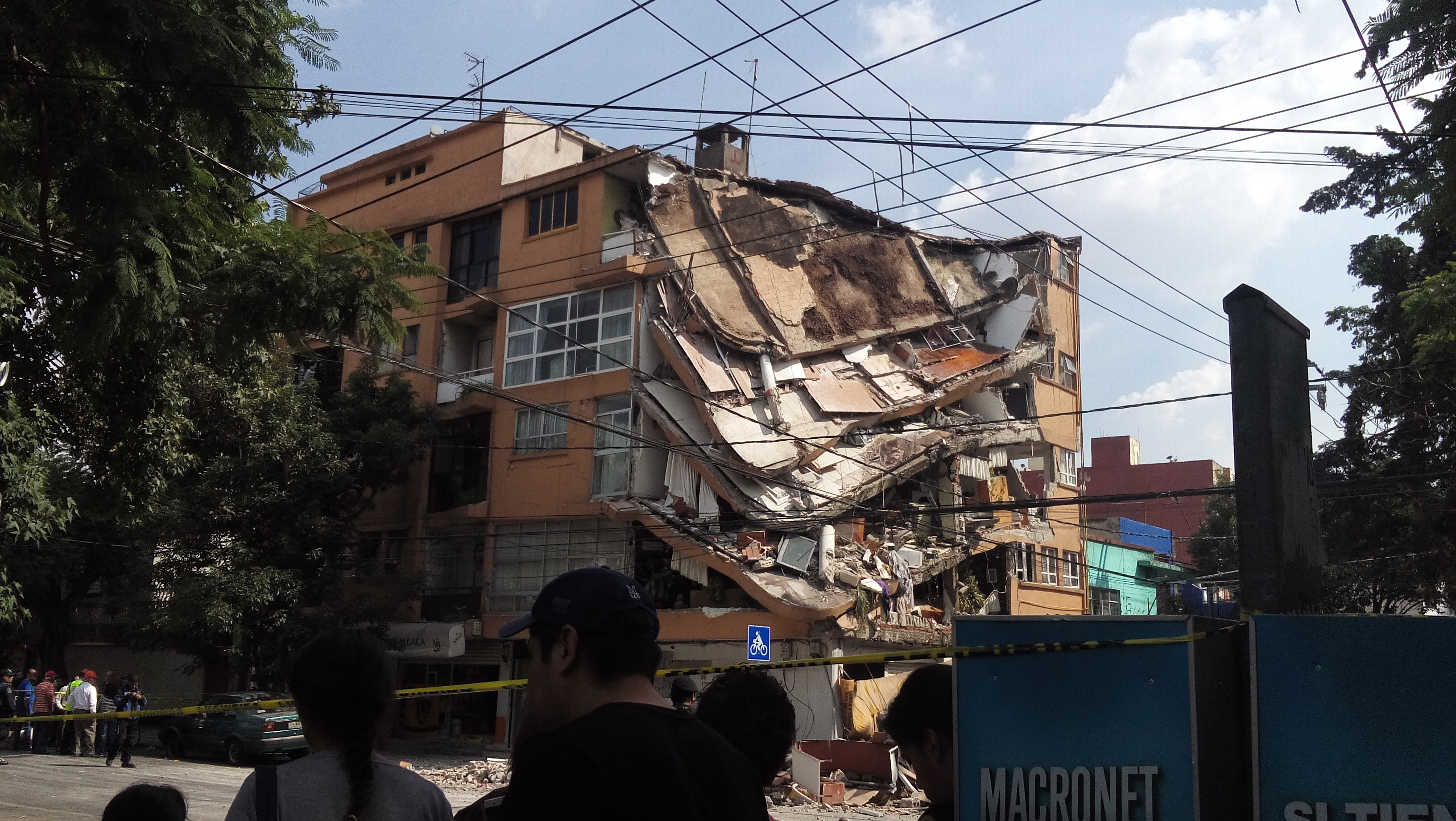 The New York Times reported, “Nearly 4,000 buildings were damaged by the quake, and residents of high-rises wonder if their buildings may fall before they can make their way downstairs.” The physical destruction of the earthquakes in Mexico have left areas completely abandoned. More than 300 were killed, according to the Denver Post. Still, the physical and economic toll does not cut close to the psychological toll the earthquakes have left on these victims.

As debris of the collapsed buildings filled the air of Mexico, so did anxiety, fear, and sadness. The aftermath of the most powerful earthquakes to ever hit Mexico were detrimental. First responders like doctors, psychologists, and social workers were sent out by many non-governmental organizations such as UNICEF and Doctors Without Borders. Some volunteers were already in these communities because of the Oaxaca earthquake.

Even for them, the recent earthquake was a shock. The head of mission for Doctors Without Borders in Mexico was there providing psychological services and support for the victims of the Oaxaca earthquake when he experienced the magnitude 7.1 earthquake. After 17 years of emergency service, he became the victim of a natural disaster.

“In a city still on edge, many residents have spoken of lingering anxiety: imagining the group is moving when it isn’t, hearing a police siren wail and thinking it’s a quake alarm, breaking into sobs at unexpected moments,” the Associated Press reported. The residents of Central Mexico are still in a post-traumatic state, especially those who lived through the 1985 earthquake that took thousands of lives. The work of first responders and psychologist teams are vital to the restoration of these victims’ well-beings. 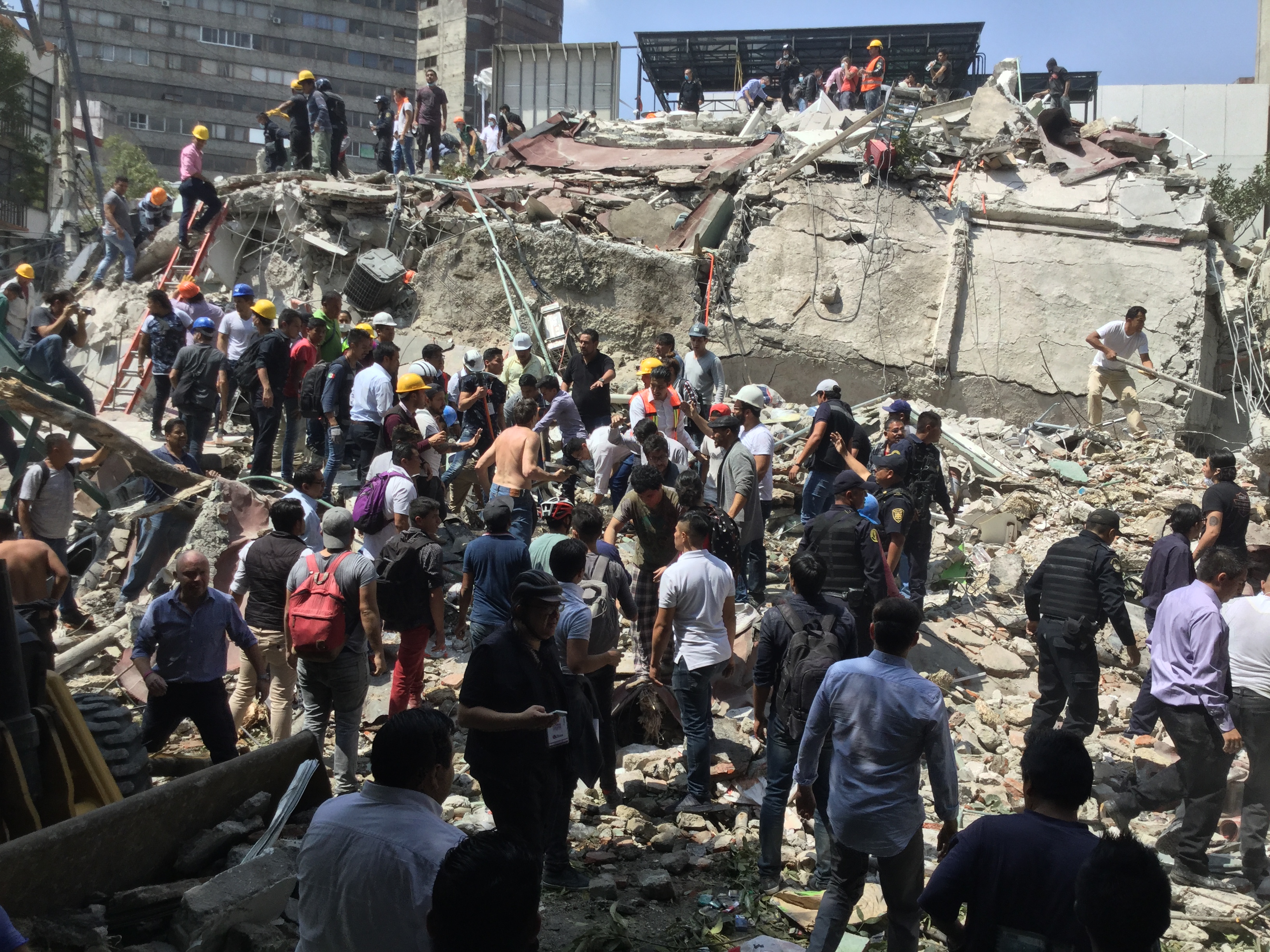 In Doctors Without Borders’s recent newsletter, those participating in relief efforts described what they were facing in San Gregorio, the city that was hit the hardest: Teams have been aiding those who have lost their homes and survivors who were experiencing high levels of hyper-alertness. “In Juchitán [in Oaxaca state], where the earth continues to shake, people sleep in the street for fear of falling houses, or do not go to their jobs to avoid enclosed spaces.” These survivors are undergoing a variety of different emotions right now in this post-traumatic state, and their mental health and well-beings are being put to the test. These psychological teams are here to help restore these survivors and get them to the state in which they can start using their coping mechanisms.

In a time of trauma and natural disaster, it is important for those who need medicinal and psychological help to receive it. Adequate psycho-social and emotional support will help these victims who have lost almost everything understand why they are going through these hardships and help them understand and be prepared for what is to come. With time, these survivors will be able to sleep again, but those who are having a harder time coping with the harsh realities that occupy their lives now require additional support. The presence of psychological teams will help reduce the risk of survivors developing disorders related to stress.