“Mental Health and Public Health Interventions” is part two of a two-part series on viewing mental health from a public health perspective. To read part one, click here.

What comes to mind when you think about public health? While the World Health Organization defines public health as “the art and science of preventing disease, prolonging life, and promoting health through organized efforts of society,” most people imagine public health as a series of efforts focused on promoting physical health.

The terms “mental health” and “mental illness” are often used interchangeably, but there is a subtle difference that is crucial to understanding how this topic impacts everyone. According to the Centers for Disease Control and Prevention, mental illness encompasses diagnosable mental disorders characterized by changes in mood, behavior, or thinking that result in any sort of impaired functioning. The most common mental health disorder is depression, and it is estimated that it will be the second leading cause of disability in the world by 2020.

Furthermore, mental illnesses have high comorbidity with physical illnesses such as diabetes, cardiovascular disease, asthma, obesity, and insufficient sleep. In the chart from the National Institute of Mental Health below, we can see the impact of mental illness measured in YLDs, or years lived with disability, which is a measurement of burden of disease calculated by multiplying the prevalence of a given disorder by the negative impact on health it causes.

Having good mental health, on the other hand, is about more than just the absence of mental illness; it encompasses emotional, psychological, and social perceptions of well-being. It is important for everyone, even those who do not suffer from a specific mental illness, to take care of their mental health. Mental health can be influenced by a variety of factors, even those encountered in our everyday lives: socioeconomic status, access to adequate housing, education, job opportunities, healthcare, safe and clean neighborhoods, and time and resources for self-care. Although mental health is associated with improved health outcomes, the CDC estimates only about 17% of U.S. adults are considered to have optimal mental health.

Understanding mental health as a public health issue is the first step in formulating interventions that could improve people’s livelihoods, and the World Health Organization has realized this. Each year, the WHO celebrates its founding by taking the opportunity to raise awareness about a certain health topic through an event called World Health Day.

For 2017, the focus of the campaign was depression and suicide, aiming to inform the public about and normalize discussion of depression. It regards mental illness not only as a real illness but also as a valid public health concern that can be improved with preventative methods and treatments. This year-long campaign is still in progress, but it has so far offered resources such as informational pamphlets and posters tailored to the needs of different populations, informative videos, and social media updates. Depression is the most common mental illness, but it is certainly not the only one, and it is important to continue implementing public health programs and initiatives encompassing a variety of mental illnesses and mental health concerns.

At UC Berkeley, similar mental health promotion is taking place. In fact, the Tang Center’s Department of Counseling and Psychological Services does more than just offer counseling sessions. Cathy Kodama, Director of Health Promotion and co-staff to the Chancellor’s Advisory Committee on Student Mental Health, observed how the Tang Center and the greater UC Berkeley community regard mental health as an important public health issue.

Kodama explained that when students are asked how they think mental health could be improved on campus, they sometimes say that the solution is to have more counselors available. While this is certainly necessary, Kodama has a public health approach: “[So] often, mental health is really talked about in terms of treatment and more with a disease context. [However], any strategy with a public health framework would emphasize preventing rather than just treating. What can we implement that will help the community and not just individuals? We need to look at the role of the campus environment in promoting mental health.” 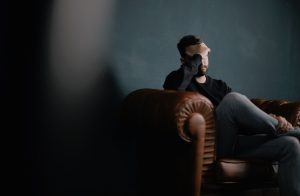 Kodama mentioned several efforts taking place on campus, including prevention education and training as well as stress-management resources such as massage chairs, rest zones, pet hugs, support groups, or anything that encourages individuals to build up their mental health. UC Berkeley even offers a guide for faculty and staff on promoting student mental health. It raises awareness of warning signs that a student may be struggling and suggests ways in which they can promote a healthier academic environment.

Despite the many resources available, Kodama was also sure to discuss the challenges of successfully implementing this methodology. “I don’t think our society has a prevention mindset,” she said, “and that’s a barrier because we have to change the cultural norm of only dealing with problems when they’re really bad. Getting someone a resource to go to counseling is not a big change, but a lot of [implementing this public health approach involves] societal change that doesn’t have a quick fix. Down the line, this will save resources, time, and a lot of pain and suffering, but this requires an investment and a belief that you can change things link social norms and expectations.”

Recognizing mental health as a public health issue is beneficial to everyone but is particularly important on college campuses; according to the National Alliance on Mental Illness, 75% of mental health conditions develop by the age of 24, so taking care of one’s mental health, being informed about mental health and illness topics, and having accessible mental health resources is crucial during this formative time in one’s life.