A Hot Debate in California

Since 1992, my family lived in the residential Foothill Ranch, Orange County, situated in the foothills of the Silverado. Our house was in the corner of the quiet cul de sac, which was representative of the calm suburban neighborhood.

The 1999 Silverado wildfire sparked a sudden contrast. It wreaked havoc, stirring flames from the other side of the hill and ending only several blocks away from our house. With firetrucks and emergency management situated on our end of the street, my parents took the extra precaution by staying in another city for the weekend. They were worried that the smoke pollution might interfere with my first trimester development in my mother’s womb. However, soon after I was born, the extra precaution didn’t do much to help. More fires started burning near our house. And eventually, I began exhibiting symptoms of asthma.

Whether the correlation between my asthma and the fires is true science or fictious myth is still in question. All I know for certain is that I grew up terrified of fires. My instinctual response to any news of fire is to extinguish it immediately.

Similarly, there is a negative public perception of wildfires, especially now with 2018’s rampant fire season. According to Charles McDermid from the New York Times, this season held the most destructive fire season in California history, driven by cyclic drought, climate change, and population of fire-prone areas. Undeniably, this wildfire smoke poses a public health danger to vulnerable communities. And yet, California’s exclusionary stance and action in fire response poses an even more consequential public health danger.

Firstly, fire smoke does accumulate health problems within sensitive groups. Wildfires are an unpredictable component of PM2.5 pollution in California, contributing as low as 17,068 tons in 2005 and 53,487 tons in 2011 to as high as 529,821 tons in 2008. According to a 2008 California wildfire study studying the health impact of exposure, that year’s emissions represented 68% of all PM2.5 emissions in the state. Children, elderly individuals, and pregnant women have higher risks of smoke-related respiratory illnesses and morbidities, such as asthma and chronic obstructive pulmonary disease, due to fire’s fine particulate matter. Similarly, those with cardiac problems are more susceptible to heart attacks, strokes, and death due to fire’s toxic smoke.

As discussed in the research article “Health Impacts of Wildfires,” the scope of the public health impacts goes beyond particulate pollutants, including ozone pollution, increased stress during and after wildfires, and strains on medical services and communication systems. Although these posed various health risks have left the general public scared, anxious, and wanting thorough fire suppression, this isn’t necessarily the best solution.

Fire isn’t necessarily an all-evil entity. Although we may be driven by fear, opting towards fire exclusion policies is not the answer. As discussed by the U.S. Environmental Protection Agency, past practices of extinguishing every fire have been leading to larger, more intense, and more frequent wildfires that threaten life, safety, and property. In fact, the fires in controlled burning practices, such as prescribed or patchwork burning, serve as important landscape management tools that decrease hazardous risks to communities.

However, California’s solution of wildfire suppression creates a shift towards infrequent high-severity burns, exacerbating instances of uncontrolled fire. Because the impact and likelihood of smoke increase the longer that fire is kept out of the system, extensive fire suppression can result in a vicious cycle that becomes more and more costly to escape until the system fails, as represented by extreme wildfires. According to a 2009 study, policies that excluded fires for much of the 20th century resulted in an increase in both hazardous fuels and fires for forests in the Western United States. 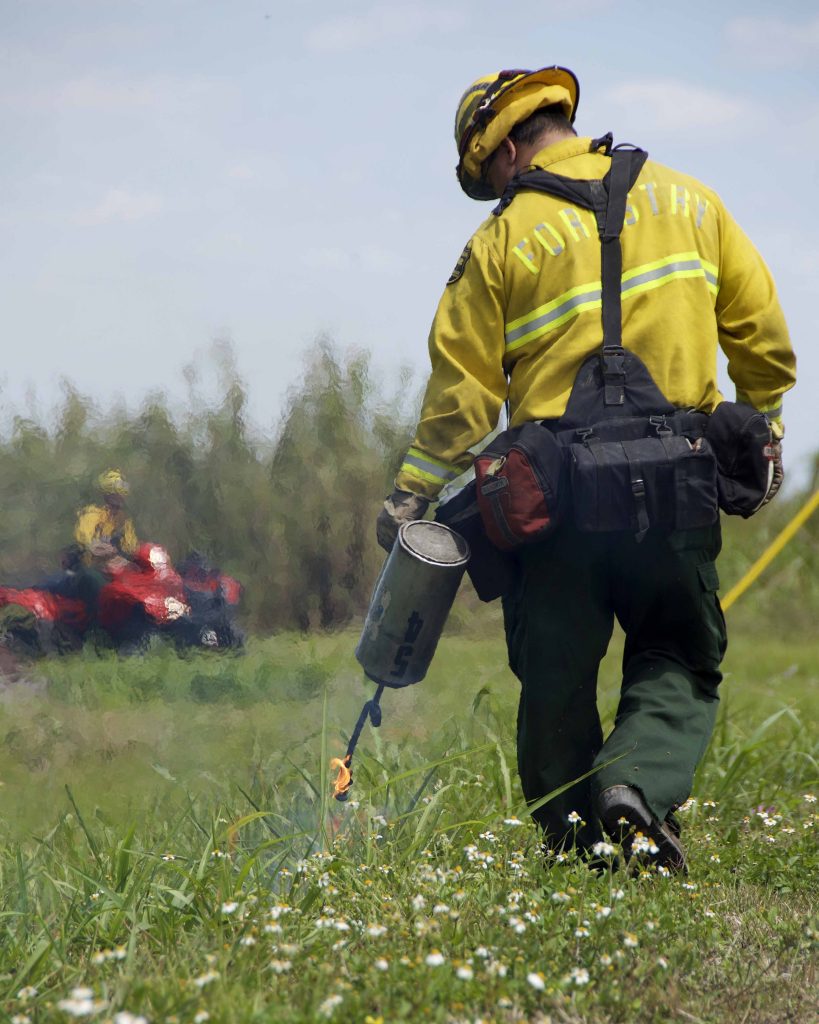 The main issue is that we haven’t differentiated between planned and unplanned fires. Unplanned fires pose threats to public health in terms of air quality, firefighters, general public, and property safety. On the other hand, planned fires are used to manage the impacts of smoke, controlling the amount of fuel burned and always abiding by state air quality regulations, says the U.S. Department of Agriculture.

Dr. Kent Lightfoot from UC Berkeley’s Department of Anthropology understands both sides. “The smoke is certainly a public health issue if you’re downwind — but the issue is what happens when you have these major unplanned fires,” he said. “When you’re dealing with public health, there are always pros and cons to whatever you do. In this case, the issue is do they outweigh the ability and costs.”

Location is another factor. “There are situations where you’re near urban centers and you’re right next to a residential area,” Lightfoot said. “One, you don’t want the fire to escape. Two, the public health issues, the smoke coming in, might be a real concern. But you have to weigh that idea with the concern that these major major fires take place and all sorts of pollutants come.”

It’s this balance of addressing both forest restoration and air quality while taking into account the pros and cons that makes the fire debate so difficult. However, what we are doing wrong could not be any clearer.

Yes, it was certainly difficult for me to realize that not all fires are harmful, especially since I grew up believing wildfires had induced my asthma. Although the public has overgeneralized all fires as harmful, the truth is some fires have benefits. The solution to reducing fire hazards to human populations centers isn’t simply a universal fire-exclusion policy; the solution is finding a balance.

Admittedly, prescribed burning and other purposeful, regulated fires need to overcome the liabilities, issues, and regulations with health standards before global practices. Until then, we must keep an open mind and not allow our fear-driven perceptions of fire to blind us from the scientific facts.