In the words of Dr. Dawn Sumner, a biogeologist at UC Davis, one of the first things we can do to combat sexual harassment is to talk about it more. For Sumner, this meant writing a letter.

“Sexual harassment has been an unfortunately common occurrence within academia for its entire history, often without consequences for the perpetrators,” Sumner writes in the letter addressed to the UC Davis Department of Earth and Planetary Sciences, of which Sumner formerly served as chair. “Reducing the likelihood of sexual harassment starts by building a local community of trust, respect, and openness.”

Sumner’s letter continues on, encouraging both survivors and witnesses to report their experiences in whatever way they feel most comfortable. By avoiding difficult, painful, and controversial conversations, she argues, the community is limited in its ability to improve.

In one of the final paragraphs, she recalls a particular time she personally experienced “significant sexual harassment” while working at a field site.

The incident took place on the other side of the world, on the frigid slopes of Antarctica. In an interview, she alleges that she was groped by a Russian scientist while working on a privately funded field project. Sumner reported the incident to a trusted colleague, but he was unable to help her. She was in her early 40s, living in a time period when reports of sexual harassment were not always regarded with the seriousness and gravity that they are today.

“That sent me into a bad mental place, even though I’m a super strong person,” explained Sumner. “Given my strength when it actually happened and how badly it hit me — that has increased my passion for being there to … help prepare people with resources and techniques to protect themselves and prevent harassment before it happens.” 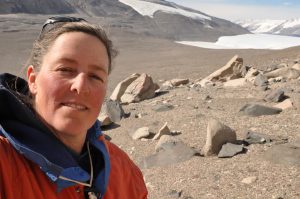 Dawn Sumner is a biogeologist at UC Davis. This photo was taken on one of Sumner’s scientific expeditions into the Pearse Valley in Antarctica. Sumner works to support other universities in taking clear stances against harassment in the workplace.
PHOTO BY DAWN SUMNER

Workplace harassment can occur in any occupational setting, but there are certain aspects of the fieldwork environment, such as regions ranging from untouched Amazonian rainforests to barren deserts to endless arctic sprawl, that aggravate the risks.

“You’re outside of the general social context that constrains behavior,” said Sumner. “You’re living with people, we’re often camping out — all the socialization is with the same people you’re working with … and that often breaks down … some of the behavioral restraints that people who are prone to harassment feel when they’re around more culture, or where there are more people watching.”

Carrie Tribble, a doctoral candidate in UC Berkeley’s Integrative Biology department, confirms as much. She cites the “blurred” line between work and free time, lack of privacy, and unclear social boundaries as key factors influencing the prevalence of sexual violence incidents at field sites. As a member of a larger group of graduate students, Tribble is drafting a code of conduct and a series of safety trainings that expedition-bound field scientists can use to inform themselves and prevent sexual violence.

“People are often in isolated environments, and that can mean you are away from any type of human population,” said Tribble, elaborating on the risks posed by field sites. “You’re in the middle of a forest — maybe you don’t even have cell coverage — so if something does happen, it is much more difficult to make contact with outside people and to get help.”

Often, field scientists have nowhere to turn, especially when the assailant is the one in charge. Many on-site supervisors are unaffiliated with the university or other research organizations and may not be bound by policies. Tribble describes this process as a “jurisdictional nightmare.” 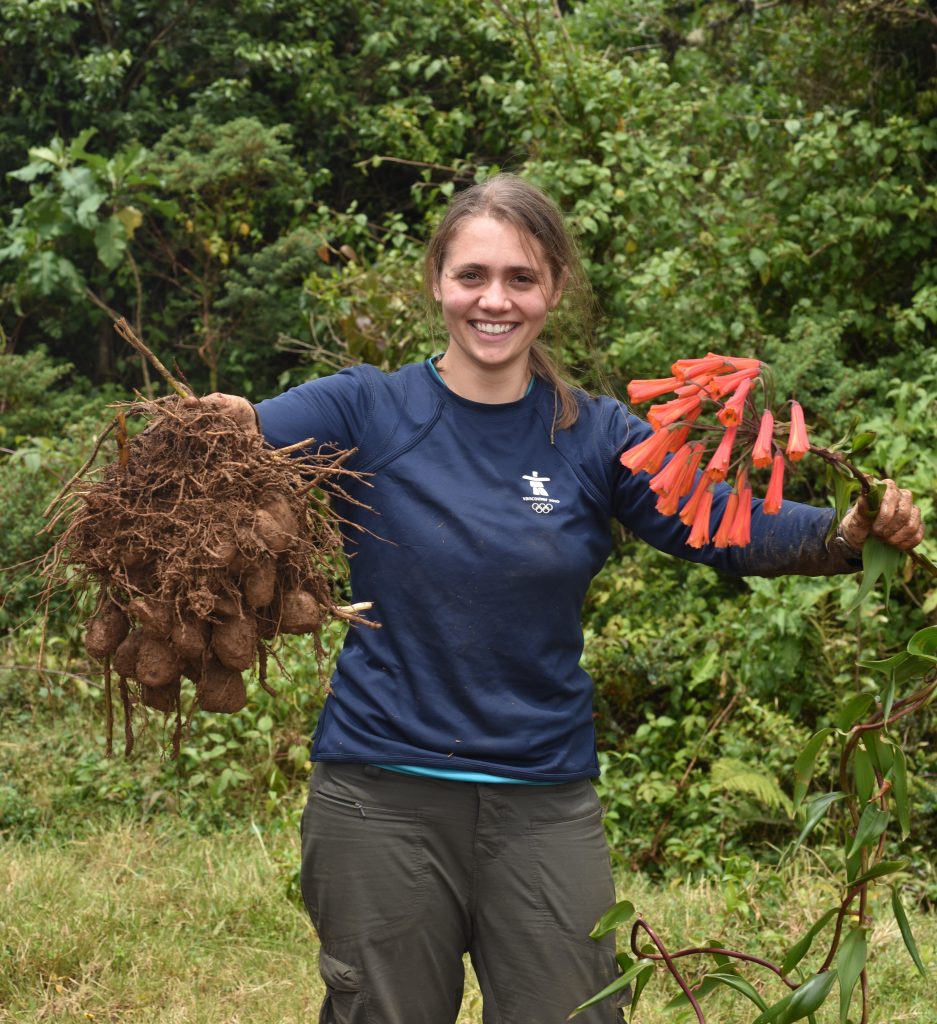 Carrie Tribble is a doctoral candidate in the Integrative Biology department at UC Berkeley. This photo was taken during a field study. Tribble works with a team of graduate students to develop training designed to prevent sexual violence from occurring on field sites.
PHOTO COURTESY OF CARRIE TRIBBLE

Evans is well-acquainted with the ways in which sexual harassment manifests itself in academic spaces. She’s worked to combat the issue since she started working at the PATH to Care Center three years ago. When she considers the specific contexts that perpetuate harassment in academia, she emphasizes the role of power dynamics. Oftentimes, professors have complete control over their students’ future career trajectory.

“Someone feeling or truly being a gatekeeper for the career trajectory sets up a dynamic where a person has a lot of power and control … it can become challenging really quickly,” said Evans.

It’s an issue that Tribble mentions as well, citing an example of a professor who waited until she had achieved the security of tenure before coming forward with allegations of harassment that had taken place during her graduate studies.

For the PATH to Care Center, the process of accommodating the needs of the Berkeley community can feel at times like “building a plane while you’re flying it.” The on-campus center employs a small group of advocates who use a holistic approach, providing access to not only legal and medical resources, but also to alternative and equally necessary forms of support. In recognizing that survivors have a right not to report an incident, PATH to Care emphasizes alternative approaches to healing and helps survivors navigate the legal and support systems at their disposal. Quite commonly, students approach PATH to Care seeking aid in obtaining academic accommodations.

“It’s a question of our capacity for being empathetic and being there for something they need,” explained Evans, citing examples of requests for assignment extensions, permission to skip classes, and other accommodations. But in STEM, some of these exceptions or adjustments can be impossible to fulfill. “STEM gets particularly tricky around some of the deadlines and the things that build on each other — if you’re not in the lab, there’s not an alternative.”

The challenges survivors face moving forward with scientific pursuits can be an impossible one, forcing many out of the discipline entirely. For those that remain, it can have damaging ramifications for their scientific careers and negatively impact their sense of workplace security and safety.

Dr. Janet Stemwedel, a professor of philosophy at San Jose State University, knows this all too well. Nearly 24 years ago, early on in her doctoral program, Stemwedel alleges that she was sexually harassed by a visiting speaker invited to her university’s department colloquium. According to Stemwedel, she had “no reason to believe” that anyone would take her word about the incident over that of the visiting speaker. The incident went unreported and Stemwedel went through a painful emotional process familiar to many survivors.

“We spend a long time coming to grips with it, trying to figure out how to deal with it, because it’s the kind of thing that really narrows our footprint within our discipline,” said Stemwedel. “You spend a lot of time at conferences trying to make sure you don’t accidentally go to a session where your harasser is on the panel. You try to make sure you’re not going to walk into a situation where you’re blindsided, and you spend a lot of time trying to figure out who else in your community of practice you can actually trust.”

Since then, Stemwedel has committed herself to advocating for survivors of sexual harassment. As a philosopher, she focuses on ethical behavior in science and emphasizes that sexual harassment can be considered a question of scientific integrity, right alongside falsification of data and plagiarism. 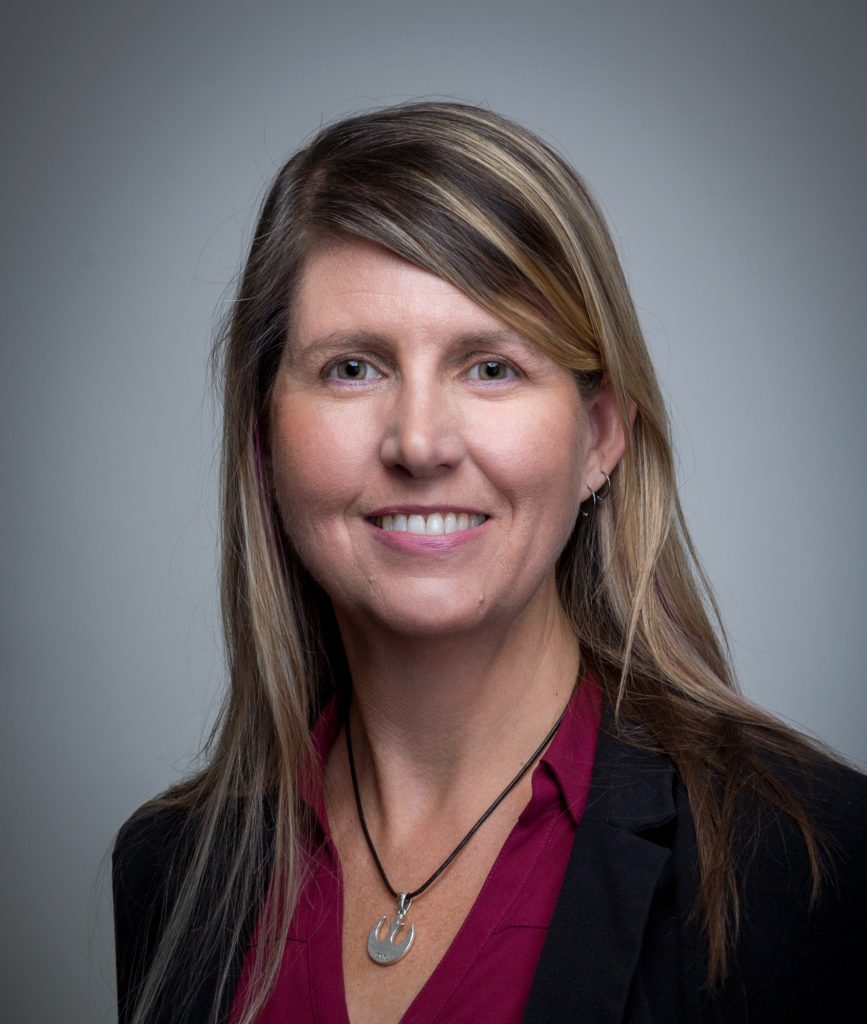 Janet Stemwedel is a professor of philosophy at San Jose State University. Stemwedel works as a philosopher who evaluates the ethics of different behaviors manifested by scientists, including sexual harassment.
PHOTO COURTESY OF JANET STEMWEDEL

In her view, sexual harassment is often informed by discriminatory gender practices. Women are faced with overcoming a greater number of obstacles, including sexual harassment, in order to match the achievements of their male counterparts. Their failure to do so is often misinterpreted as the result of a lack of passion or stamina. In practice, it’s the reason so many scientific professions remain male-dominated. According to Elsevier’s 2017 report “Gender in the Global Research Landscape,” in a given five-year period, men on average produce and publish more papers than their female counterparts. The report also cites that in 2015, women only made up 28% of all researchers globally.

There tends to be a relatively equal number of male and female scientists at the student level, but by the time these scientists have developed more fully-fledged careers, a significant number of these women have exited the research sphere. The phenomenon known as the “leaky pipeline” is perhaps best explained by Dr. Kelly Ramirez, the co-founder of 500WomenScientists.

“Once women enter graduate school, a whole new set of challenges emerges …. Not only have women been told that their brains can’t handle science, but they face other challenges that women across the globe face — which includes sexism, sexual harassment, lower pay, or fewer opportunities for presentations or research papers,” explained Ramirez. “It’s death by a thousand cuts.”

“Let’s say you make it through — you’re ready to be a faculty position — but you maybe didn’t get the best grant, you didn’t get as many publications … it’s harder for you to get a position, and if you do get a position, you continue to face those challenges.”

500WomenScientists combats this issue first and foremost by constructing a vast network of women across the globe, building connections between female scientists where none may exist in the immediate vicinity. Women are encouraged to consider how they can come up with solutions specific to gender-related issues within their own communities. For instance, Ramirez believes placing more female scientists in leadership positions is one of the most important solutions that will help mitigate these problems.

Ultimately, Ramirez subscribes to the same belief as Sumner: If you want to address sexual harassment in the sciences, you have to start by talking about it.

“A lot of the times, if you’re not saying it out loud, people don’t acknowledge there’s a problem,” said Ramirez. “There is a problem with sexual harassers not being punished in any way — if we don’t say that out loud, we are never going to be thinking of solutions to that problem.”