In the modern age of healthcare, even when new technology is being developed every day to cure and rid previously untreatable illnesses, populations around the world still utilize alternative and complementary medicine. According to the National Center for Complementary and Integrative Health (NCCIH), 38.3% of participants in a study of 23,393 adults in the U.S. used some form of alternative medicine or complementary medicine in 2007.

What exactly is alternative medicine?

The NCCIH broadly defines alternative medicine as a “non-mainstream practice … used in place of conventional medicine” and complementary medicine as a practice “used together with conventional medicine.” Complementary and alternative medicine (CAM), especially traditional East Asian medicine, represent the intersection of spirituality and religion with healthcare practices and methods.

CAM practices are surprisingly not entirely based on religions like Buddhism, Hinduism, or Protestantism, which comprise the majority of religions practiced in East Asia. In fact, one study’s results even demonstrated that alternative and traditional medicine are practiced by practitioners who are more affiliated with non-religious spiritualities than actual religious beliefs and that, like patients, they “tend to embrace a self-conscious and intentional spirituality outside of organized religion.” In other words, the major users of these traditional medicinal practices are actually those who would be considered non-religious, implying that these spritually-based practices have considerable merit outside of the spiritual and religious communities within the U.S.

What practices are there?

Traditional Chinese medicine (TCM) includes tai chi, a mind and body practice involving “mental focus, breathing, and relaxation” that can be done walking, standing, or sitting and act as “a form of combat or self-defense” if quickly done; qi gong, a mind and body practice specifically based on Buddhist philosophy; and traditional herbal medicine.

When asked about other traditional healthcare methods utilized by her family back in China, one Chinese American UC Berkeley freshman detailed other procedures including, but not limited to, “cupping, acupuncture, … herbal medicine, moxibustion, gua sha, messaging,” and other “food and behavioral” habits and modifications to “influence health according to body type” and “seasonal changes.” This implies that traditional medicine is employed not only when the human body is currently in an unhealthy condition but also in daily life as a preventative measure.

Traditional Japanese medicine (TJM) involves the same practices utilized in China, such as acupuncture. The herbal medicine Kampo and manual therapies such as “anma” and “shiatsu” — Japanese massage — and “judo therapy” are utilized. While Kampo was derived from ancient TCM, they differ greatly because “TCM emphasizes the traditional concepts of East Asian natural philosophy, such as yin and yang and the theory of the five elements” and Kampo “favors diagnostic methods that directly relate the symptoms to the therapy, bypassing speculative concepts.” TJM appears to distance itself from the more spiritual and philosophical nature of its traditional Chinese counterpart.

Korea shares many of the same alternative and complementary medicinal practices as China as well. However, even though “traditional Korean medicine (TKM) has some similarities to TCM, Koreans have developed their own methodology for treating diseases, such as Sasang constitutional medicine.” While TCM is based on Taoist beliefs, Sasang constitutional medicine incorporates the “Confucian view of the universe and humanity.”

Out of the aforementioned practices, some of the most commonly used ones include acupuncture, stimulating points on the body often through inserting thin needles into skin, along with other practices such as tai chi, qi gong, and massage.

Who practices CAM, and what are the consequences?

Both American and East Asian populations practice CAM. In the U.S., according to the National Center for Complementary and Integrative Health, not only did “the number of visits to acupuncturists triple between 1997 and 2007,” but in 2007, about “2.3 million Americans  [also] practiced tai chi and 600,000 practiced qi gong in the previous year.”

Even with a diverse group of people practicing CAM, however, research done in both East Asia and America on the effects of CAM has been mainly focused on those specifically in hospitalized patients, especially on those who are much older, such as those 60 years and older. In a study investigating the prevalence of TKM use within the Korean population for treating certain diseases, for instance, “TKM represented 0.7% of the cases and 1.0% of the admission costs for patients that required admission to a health care institution” and only “0.4% of the cases and 0.1% of the costs” for those utilizing emergency services. For outpatient services, however, “the proportion of TKM use was relatively large,” with TKM representing “7.8% of outpatient services and 9.9% of costs.”

Traditional Korean medicine was mostly used to treat “diseases of the musculoskeletal system and connective tissue, diseases of the nervous system” and even conditions that displayed abnormal symptoms. Additionally, “outpatients with soft tissue disorders, other dorsopathies, and arthrosis frequently used TKM.” This trend of employing traditional and alternative medicine in treating conditions related to the skeletal, muscular, and integumentary systems is not limited to Korea. In fact, based on studies conducted in Korea, China, and Japan, and based on the narrative of the Chinese American freshman mentioned earlier, who explained how relatives would utilize alternative medicine to treat “everything from skin issues to back and body pains,” this trend seems to hold true for popular traditional medicinal practices employed throughout East Asia.

In a different study conducted in Japan over the phone, out of around 1,000 participants, “73.3% of the older respondents 60 to 79 years old had used at least one CAM , 17.6% had used herbs or over-the-counter Kampo, 5.9% had used acupuncture or moxibustion, and 5.9% had used chiropractic or osteopathy.” The results of this particular survey imply that older citizens are more likely to hold traditional medicine and practices in a more favorable, positive light and would be more likely to engage in these practices to maintain better wellbeing if introduced to them.

However, this does not mean that the younger generation, especially students, can’t also benefit from engaging in alternative and complementary medicine. According to Sean Michael Hall, owner of the local East Bay Acupuncture and Natural Medicine Clinic, patients who request appointments with him range in age “from age 12 to 96,” and that both adults aged 40 and older and younger people in their 20s, mainly comprise his patients. Hall also emphasized that CAM practices are not solely useful in treating chronic pain, because “licensed as primary caregivers,” CAM practitioners are equipped to deal with a “full range of ailments,” common issues including “back pain, neck pain, migraines, digestive, hormonal reproductive health issues in men and women.”

Traditional medicine can even be used to treat allergies. For instance, studies have been conducted to measure the effects of acupuncture on both adult and younger populations. In one study analyzing the effectiveness of acupuncture on children, it was shown that acupuncture was able to mitigate both “chemotherapy-induced” and “post-operative nausea” in children afflicted with cancer with instances of nausea. Acupuncture has also been found to have significant effects in reducing vomiting in adult hospital patients, with those receiving laser acupuncture treatment experiencing only a 25% vomiting rate within the experimental group versus “85% in the placebo group.” 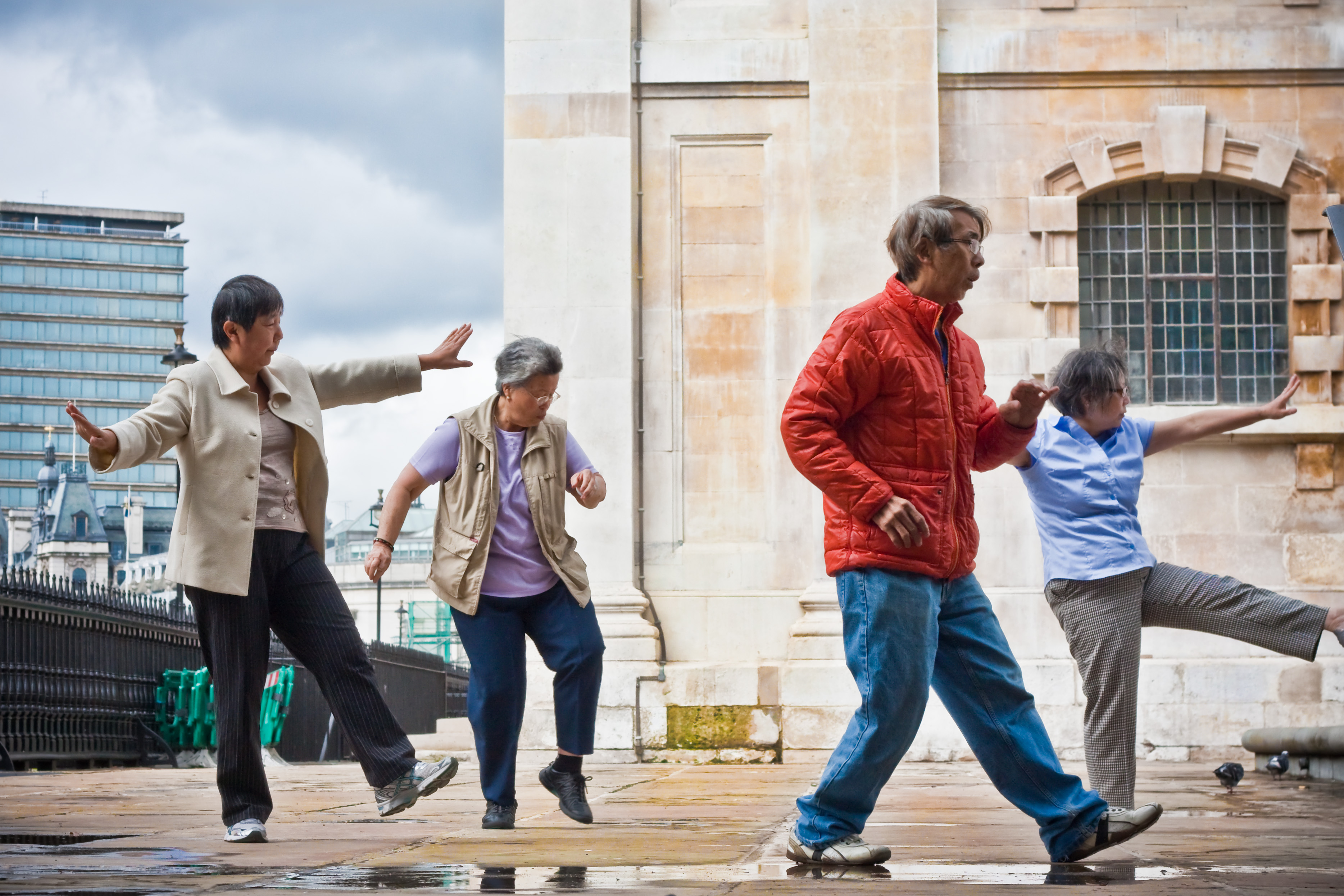 The possible benefits of tai chi, another popular CAM practice, were examined in one study through the investigation of research conducted in both China and the U.S. It was found that after examining 76 studies involving 9,263 tertiary students, “tai chi is likely to yield psychological and physical benefits for tertiary students,” and that practicing tai chi may lead to “improved flexibility, lung capacity, and balance.” This is especially important considering that students “can be at increased risk of specific stress-related disorders such as depression and anxiety” and utilizing tai chi can ameliorate “these conditions in these at-risk populations.” Additionally, “increased flexibility may also benefit students in higher education who spend long periods sitting while studying, taking examinations, or during lectures” by cultivating of not only better posture but also healthy personal wellbeing and mindfulness.

Why care about alternative and complementary medicine?

With the promising psychological and physical benefits of alternative and complementary medicine and healthcare methods, there should be not only an overall push to dedicate more formal, academic research on the applications of these healthcare practices but also an increased focus on applying these benefits to communities who may need certain practices the most. For example, within the UC Berkeley community, a large proportion of students suffer from stress in their daily lives, and according to a 2015 article published on the Berkeley Alumni website, “15% of students have used campus counseling services” and Asian and Asian American students “who make up 40% of the student population” only comprise of “24% of those seen at Tang.”

According to Hall, who has experience working in China, Chinese clinics are extremely integrated, hiring Western-trained acupuncturists who regularly prescribe a mix of pharmaceuticals and herbs to their patients. While this may be due to the widespread philosophical beliefs of Confucianism and Taoism, Hall also describes clinics such as the Pacific Fertility Center in San Francisco, where he, as a licensed acupuncturist and CAM practitioner, orders lab work, gives references, and works alongside medical doctors.

This demonstrates that other facilities and institutions like the Tang Center could follow after this model that the Pacific Fertility Center employs, in which CAM and Western healthcare are juxtaposed. Introducing opportunities within campus to engage in traditional mind and body practices, as well as supporting the possible integration of alternative or complementary healthcare in University Health Services, could offer students, especially Asian American and Pacific Islander students who may come from families who regularly use CAM, further opportunities for maintaining better psychological and physical health.

Still, not enough academic research has been conducted to fully understand the effects of CAM practices on a wide range of illnesses and conditions, especially on populations outside a hospital or nursing home setting. It will take a substantial amount of additional research conducted on this topic before there can be even a possibility of a widespread implementation of these methods alongside traditional Western healthcare. For now, it’s too soon to say if East Asian alternative medicine can truly replace your local doctor.