This article was originally published in our Spring 2019 print issue.

In the last few decades, major strides have been taken towards improving the rights of LGBTQIA+ communities. Over 25 countries have legalized same-sex marriage in the past twenty years. University students study the rich history of the LGBTQIA+ community in LGBT classes. Within the past few years, European countries such as Denmark have explicitly guaranteed transgender and intersex rights through successful legislation. These changes allow transgender people to legally declare their gender identity without receiving irreversible sterilization surgeries or mental disorder diagnoses.

However, recent news shows there is still a long way to go. A story from 2017 detailed the imprisonment of LGBTQA+ members living in Chechnya in what some news outlets called a “gay” or “queer purge.” Legislation circulating within Central Eurasian countries such as Kazakhstan and Kyrgyzstan prohibit propaganda of media promoting non-traditional sexual relations. This explicitly illegalizes non-cis and non-heterosexual individuals and institutionally normalizes homophobia. Rather than promote tolerance, these governments spread anti-LGBT attitudes.

What about the U.S. government? The erasure of the very definition of transgender, one of several reversals of Obama-era initiatives instituted by the current Trump Administration, suggests that we are not advancing LGBTQIA+ rights. In fact, the U.S. Department of Health and Human Services is trying to establish a legal definition of sex under Title IX to prohibit gender-based discrimination. As stated in the memo obtained by The New York Times, the sex on a person’s birth certificate defines a person’s sex unless proven otherwise by genetic evidence. This new definition directly contrasts previous policies that allowed people to identify other than their assigned sex at birth. Controversially, the current administration stated that individuals who have or need to transition genders are banned from serving in the military.

Fortunately, here at UC Berkeley, there are plenty of resources, including health-related care, for LGBTQIA+-identifying students. There are LGBTQIA+-identifying counselors and healthcare experts at the Tang Center who specialize in helping students with LGBTQIA+-specific issues. There are also many organizations that advocate for the general LGBTQIA+ community, such as the Queer Student Union, but also address the intersections of multiple identities, such as Cal Q&A, an organization dedicated to supporting queer-identifying Asian students. Over the past few decades, students have protested and earned physical spaces like QARC, the Queer Alliance Resource Center, and GenEq, the Gender Equity Resource Center. 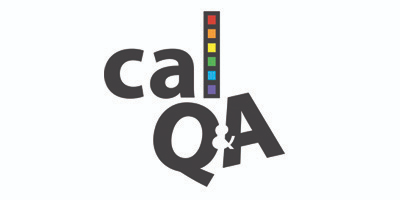 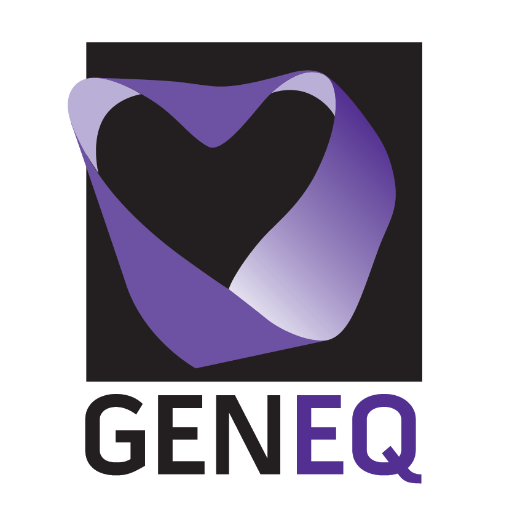 However, this is not the case for many LGBTQIA+-identifying individuals living outside of UC Berkeley, other universities, and even the United States. Violence and abuse against LGBTQIA+-identifying individuals should be treated as a domestic and international public health concern. This is why incidents such as the passage of Russia’s anti-gay propaganda law, which bans the distribution of information that normalizes or promotes “non-traditional sexual relations” are incredibly concerning to activists in Russia and around the world. Bans on homosexuality or even anything remotely sexual, such as sex education, has had devastating health-related consequences, such as the rise of HIV among gay men in Russia.

Domestic research suggests that social conditions that impact the health of American LGBTQIA+ communities include rejection and discrimination from families, workplaces, and even local governments and religious institutions such as the Westboro Baptist Church. This can create an unwelcome environment for LGBTQIA+ individuals. Due to family rejection, LGBT youth are often forced to leave their homes. LGBT adolescents, especially those who are homeless, do worse physically and mentally compared to their heterosexual counterparts.

The Pacific Center for Human Growth is an organization dedicated to serving the surrounding LGBTQIA+ communities located on Telegraph Avenue in Berkeley, California. Jared Fields, its deputy director, details one remarkable narrative of a young trans runaway who escaped to the Bay Area due to “life-threatening physical abuse” at her birth home in another state. The young girl was sexually abused while seeking an emergency guardian. Furthermore, she couldn’t register for any state-run system, such as school or healthcare, because the runaway status would notify the police, who would bring her back home. When she was receiving preventive treatment for STDs, the health center broke its confidentiality promise and called the police, who described her as “the other state’s problem.” Fortunately, she found the Pacific Center shortly after arriving in the Bay Area. It is important to note that her female-presenting gender identity contributed heavily to her negative experiences with official institutions in the Bay Area, in addition to her runaway status.

Many individuals also experience hardship while integrating themselves into the LGBT community once they recognize their identity. LGBTQIA+-identifying individuals experiencing rejection due to their identity are more likely to suffer from “depression, suicidal ideation,” substance abuse, and risky sex. “Early [peer] victimization and emotional distress” are major contributors towards healthcare disparities between heterosexual, cis youth and LGBTQIA+ youth. The latter group receives “poor quality of care due to stigma, lack of healthcare providers’ awareness, and insensitivity” to the needs of these communities. Fields, who currently runs a youth group comprised of mostly middle and high school-aged queer students, notices that trans youth in particular “are often not accepted by family, are misgendered at school, lack support from [their] school system … and suffer gender dysphoria.” As a result, trans youth are more susceptible to self-harm.

Addressing LGBTQIA+ issues requires prioritization of research, unique “public health prevention and intervention programs” design, and “culturally sensitive care.” Moreover, we shouldn’t only focus on the contrast between LGBT and non-LGBT healthcare and treatment disparities. Those whose identities lie within the intersection of ethnic or cultural minorities and the LGBTQIA+ community face particularly unique healthcare struggles. In one study, participants “who identified as a racial or ethnic minority and as LGBTQ” more often used public health services rather than private ones and lacked regular healthcare access as opposed to “those who identified as non-Hispanic White and LGBTQ.” In addition, Black and Latino gay men experience the highest rates of HIV. When asked about his views on healthcare disparities within the queer, multiethnic, and multiracial communities that the Pacific Center tries to serve, Fields commented that “trans POC” folx constitute a growing majority of patients “who need immediate help in extreme situations and crises,” such as homelessness. He also mentions that a majority of those who come to “drop-in” seek food and shelter. Trans folx are especially susceptible to “disbelief” from medical professionals and the general healthcare system; “even with scientific studies done by white people,” people still “don’t believe them” and call them “untruthful” because of internalized homophobia and “systemic racism against femme black people.”

Once we become aware of these injustices, how can we as students and citizens help reduce these disparities within healthcare and quality of life for LGBTQIA+ individuals? For Fields, one solution is to urge students and those involved in local government to advocate for increased awareness of and support of programs such as the youth group that he runs within the Pacific Center. This group provides a safe haven for youth who “don’t like being at school” due to bullying and lack of support from the school administration. Additionally, faculty are “underpaid and overworked,” so while they may want to run a Gay Straight Alliance, they often don’t have the “bandwidth” to do so.

In addition to advocacy, students can explore volunteering opportunities from national organizations and initiatives such as the American Civil Liberties Union and The Trevor Project to local ones such as the San Francisco LGBT Center. For students looking to make an impact within the intersections of queer, cultural or ethnic, and gender identities, involvement with organizations such as OutRight Action International; the Asian Pacific Islander Equality in Northern California; the Black Youth Project 100, an advocacy organization operating with a “black queer and feminist lens;” Queer Health Access, a group focused on female-queer intersectionality; United We Dream’s LGBTQ Justice initiative, a program exploring undocumented-queer intersectionality; and Rainbow Street, an organization providing “critical assistance to LGBT individuals living in crisis in the Middle East and North Africa” are many viable options. Truly championing LGBTQIA+ diversity and intersectionality often begins with stepping off campus and out of our comfort zones to dedicate the necessary time and energy towards furthering the work of these organizations.

*For more on and off-campus resources, this website is a good starting point!